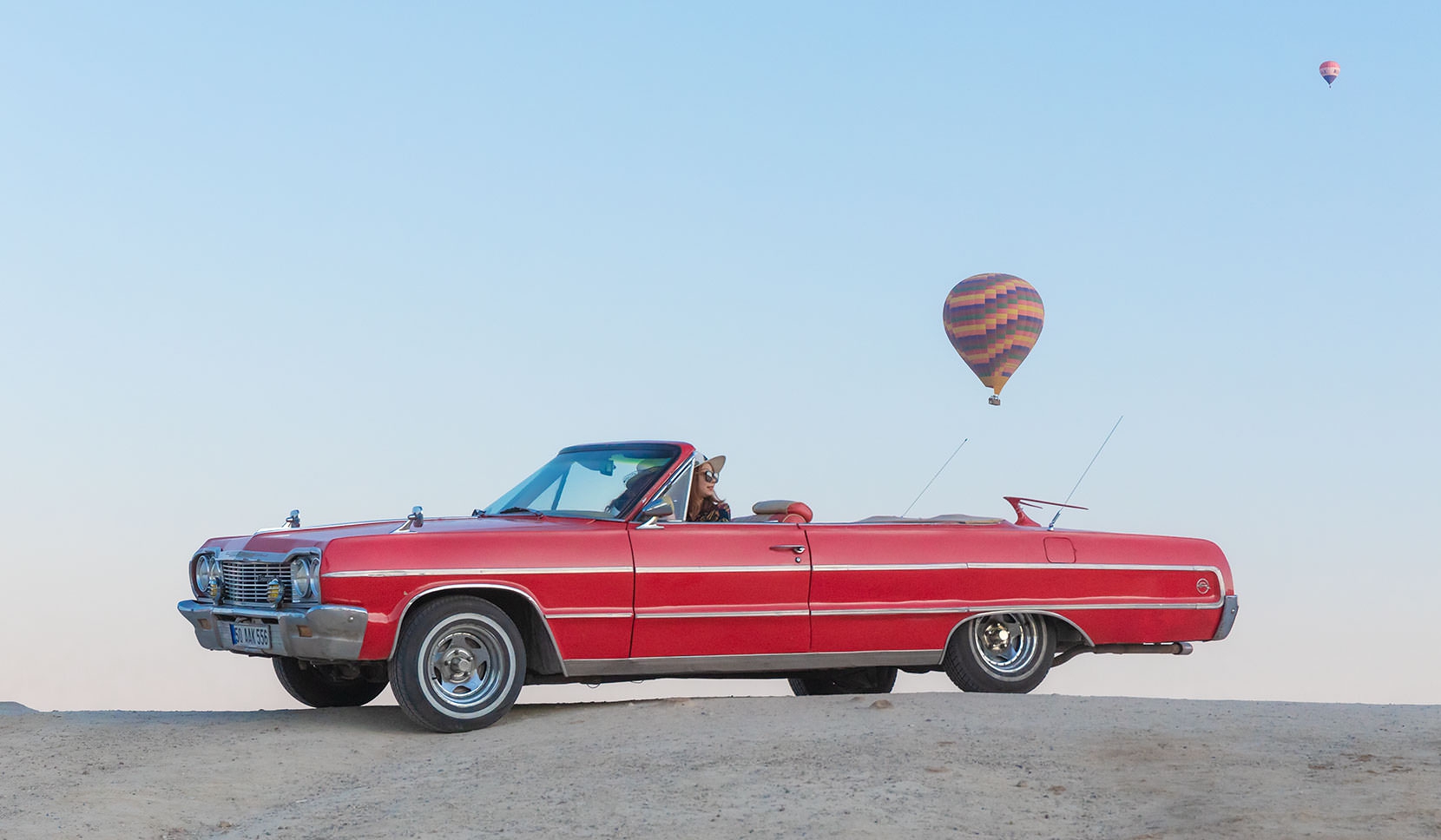 It was to be my last trip to Cappadocia, but this year's experience changed my opinion entirely. I uncovered more surprises than ever and I began to realise that my work here is far from over. The thing about this fabulous resort is not just the balloons, but the people that it attracts. Although I go looking for fabulous and abstract landscapes which are in abundance and essentially the draw of Cappadocia, I now realise that the people visiting this place are just as compelling as the the balloon rides that lift them into the air.

This year, the landscape photography opportunities were only hampered by my diary, which forced my nighttime activities into a week of strong moonlight. Nonetheless, despite some unexpected cloud at unexpected times, we had a week of solid work to assimilate, as well as two staggering balloon rides over a landscape of incredible features.

Looking like cake, a delicious cake covered in poured double cream, the the ash deposited from volcanic activity has shaped the land into  beautiful sedimentary valleys, erroded over millenia.

Here are some of my personal highlights... 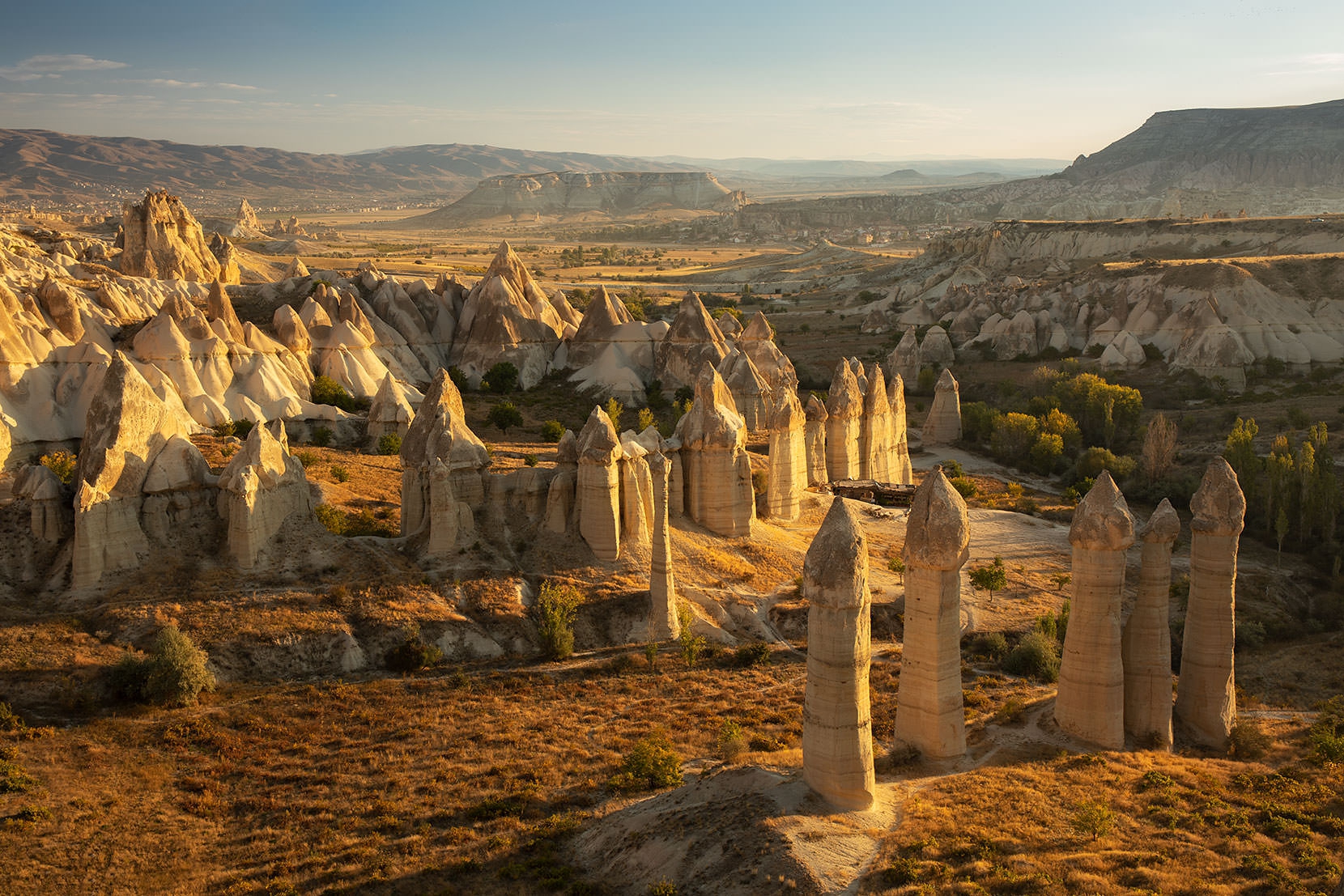 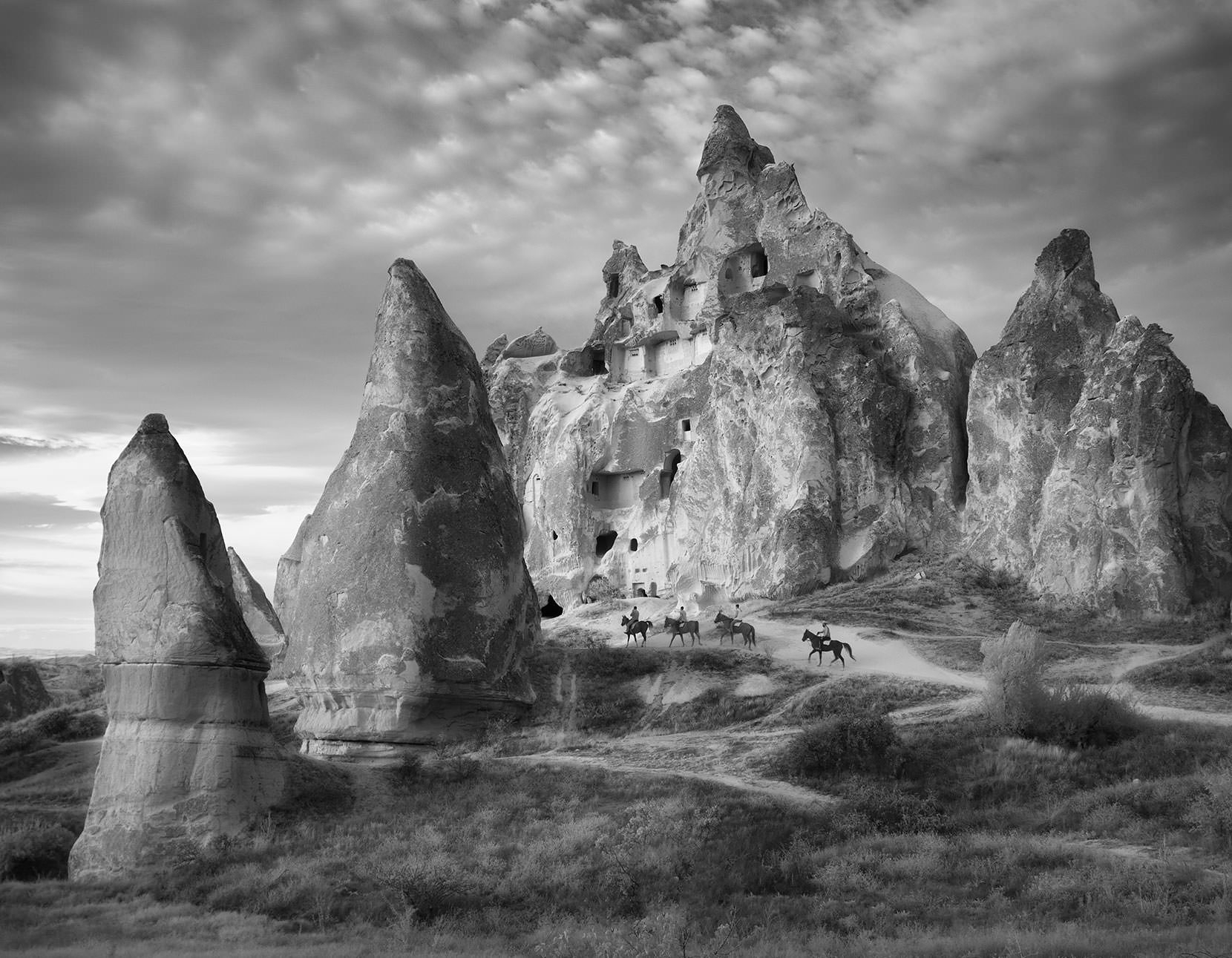 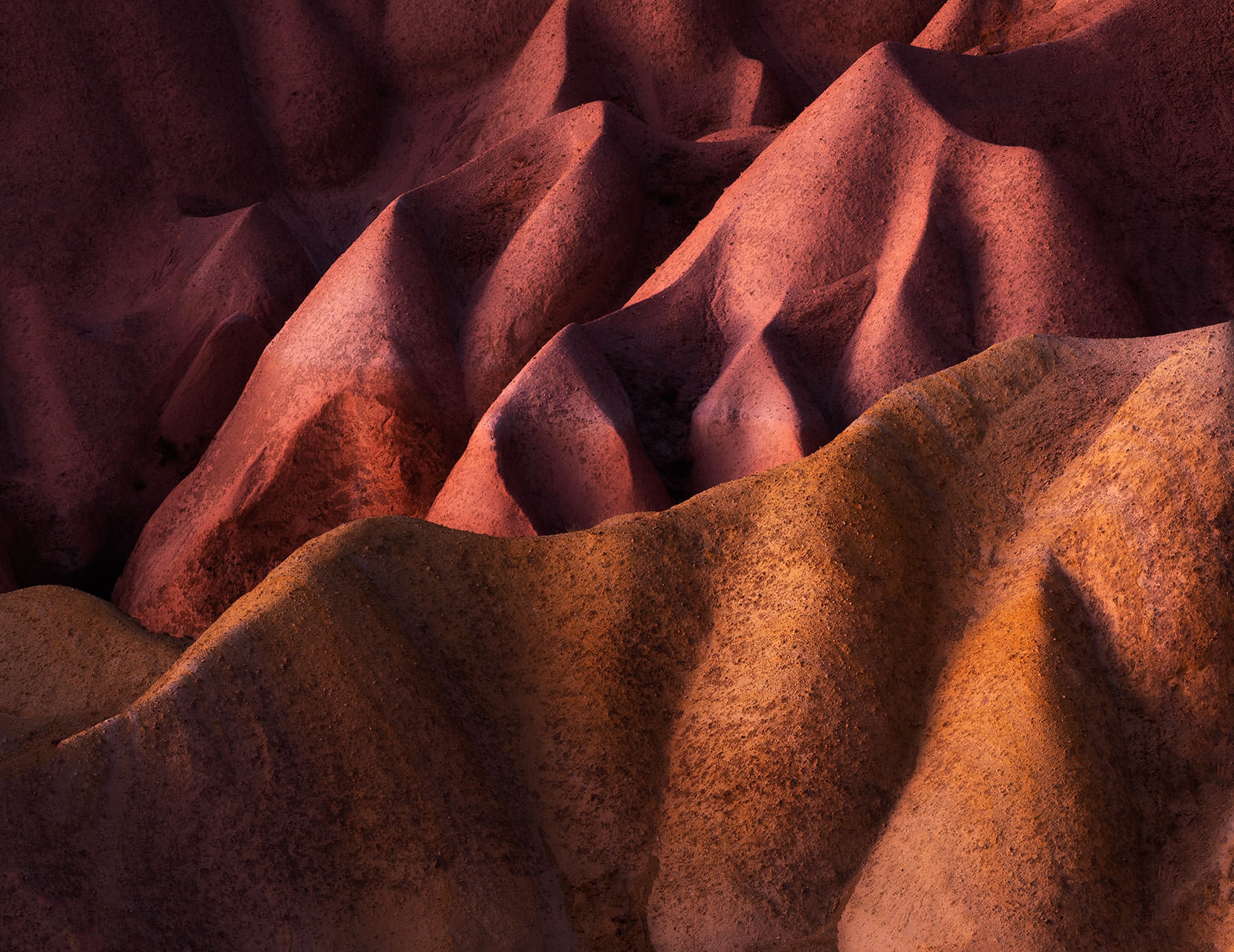 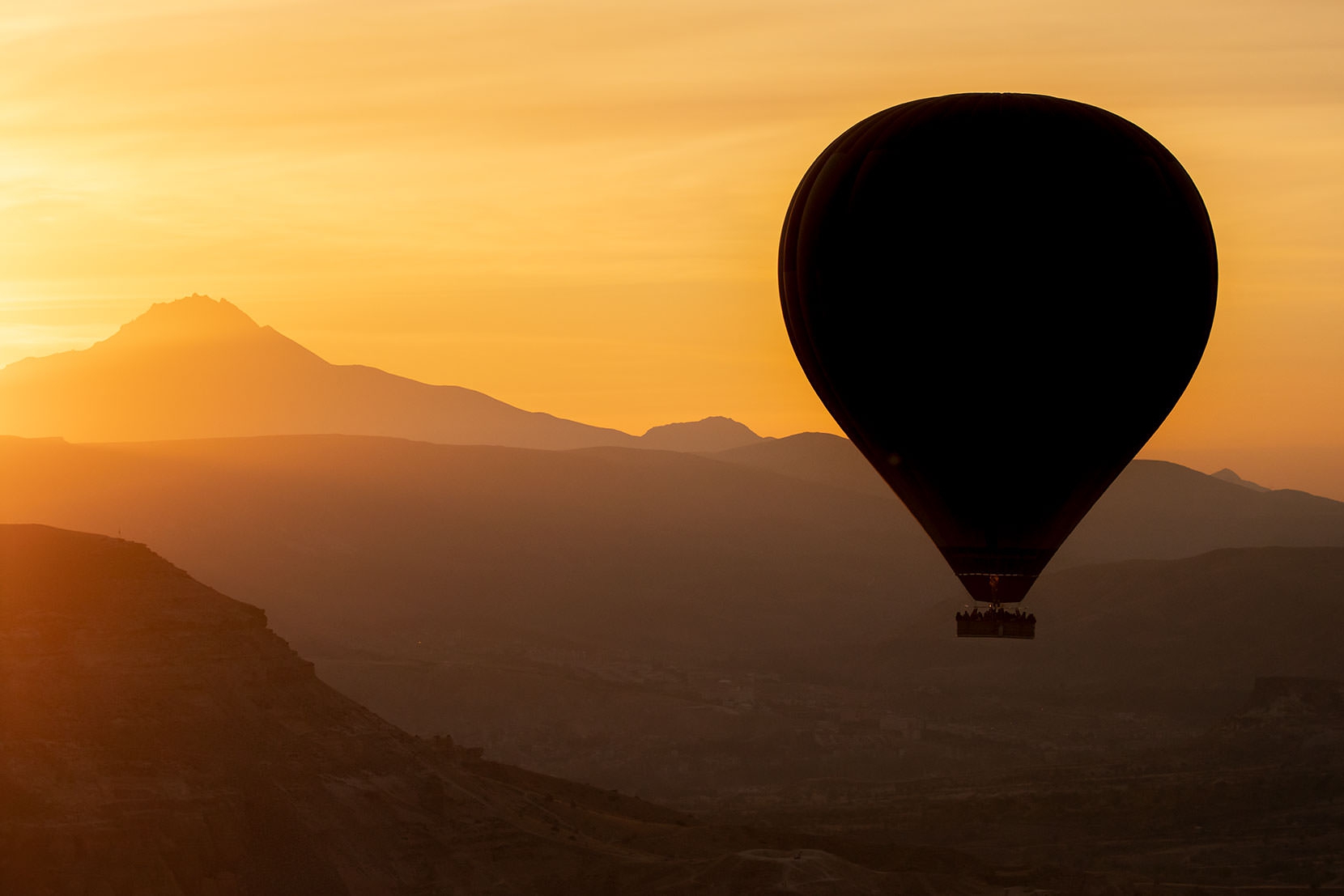 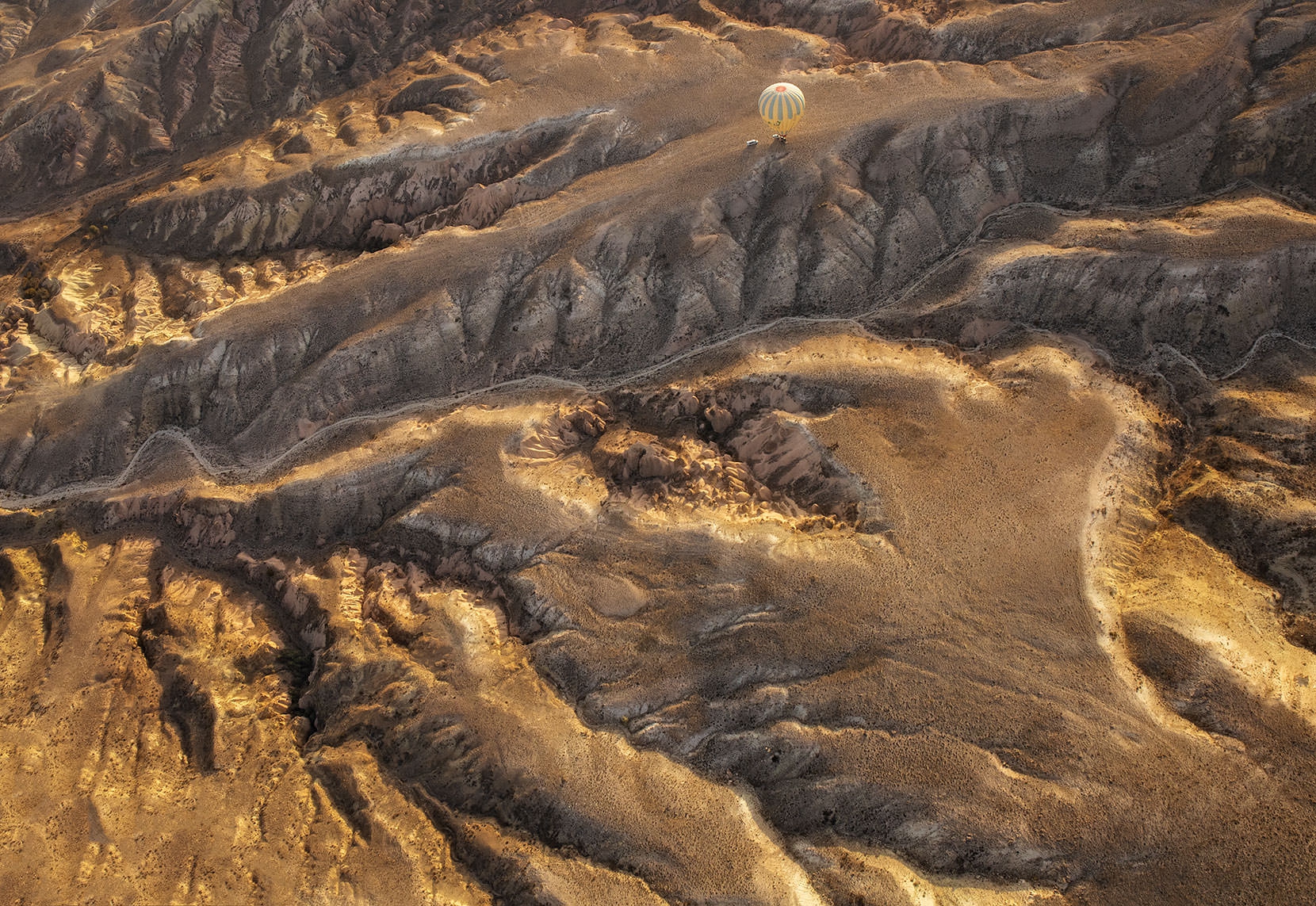 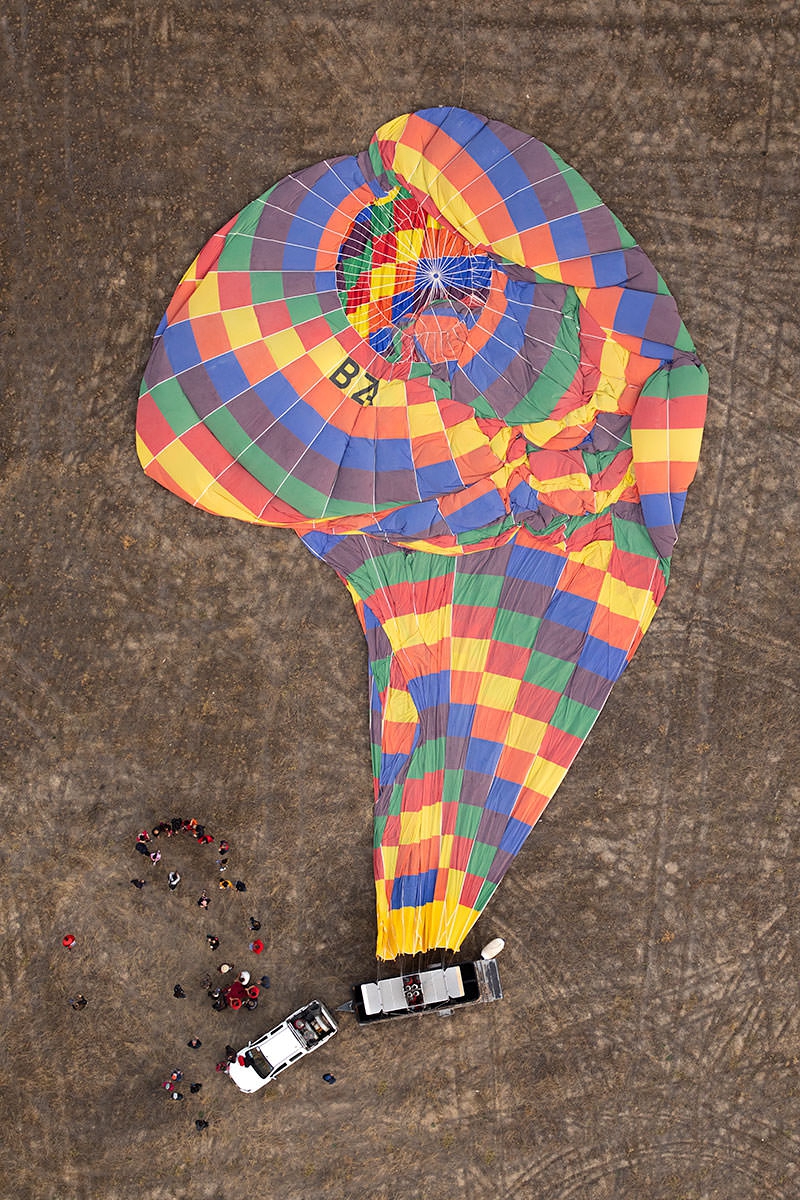 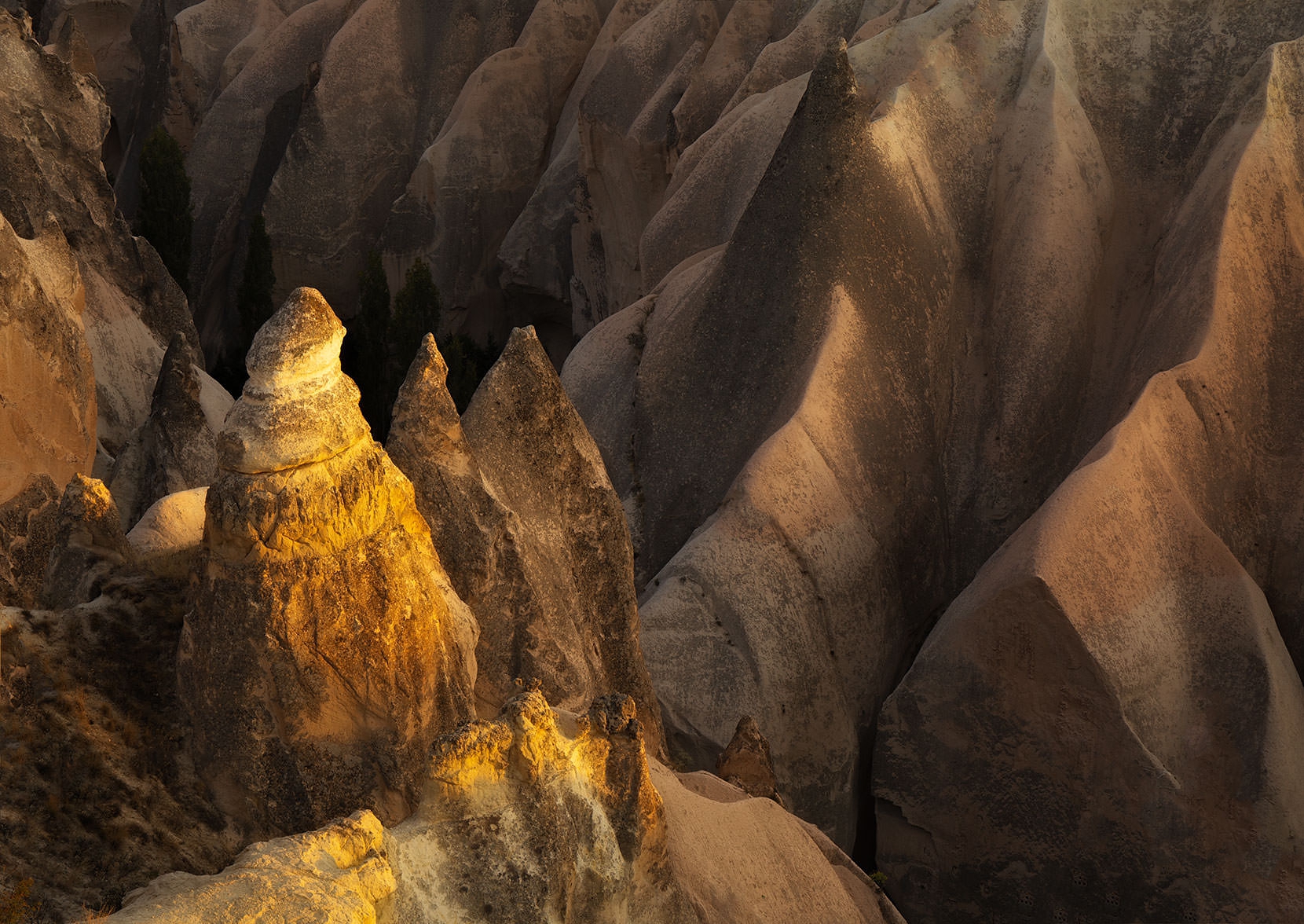 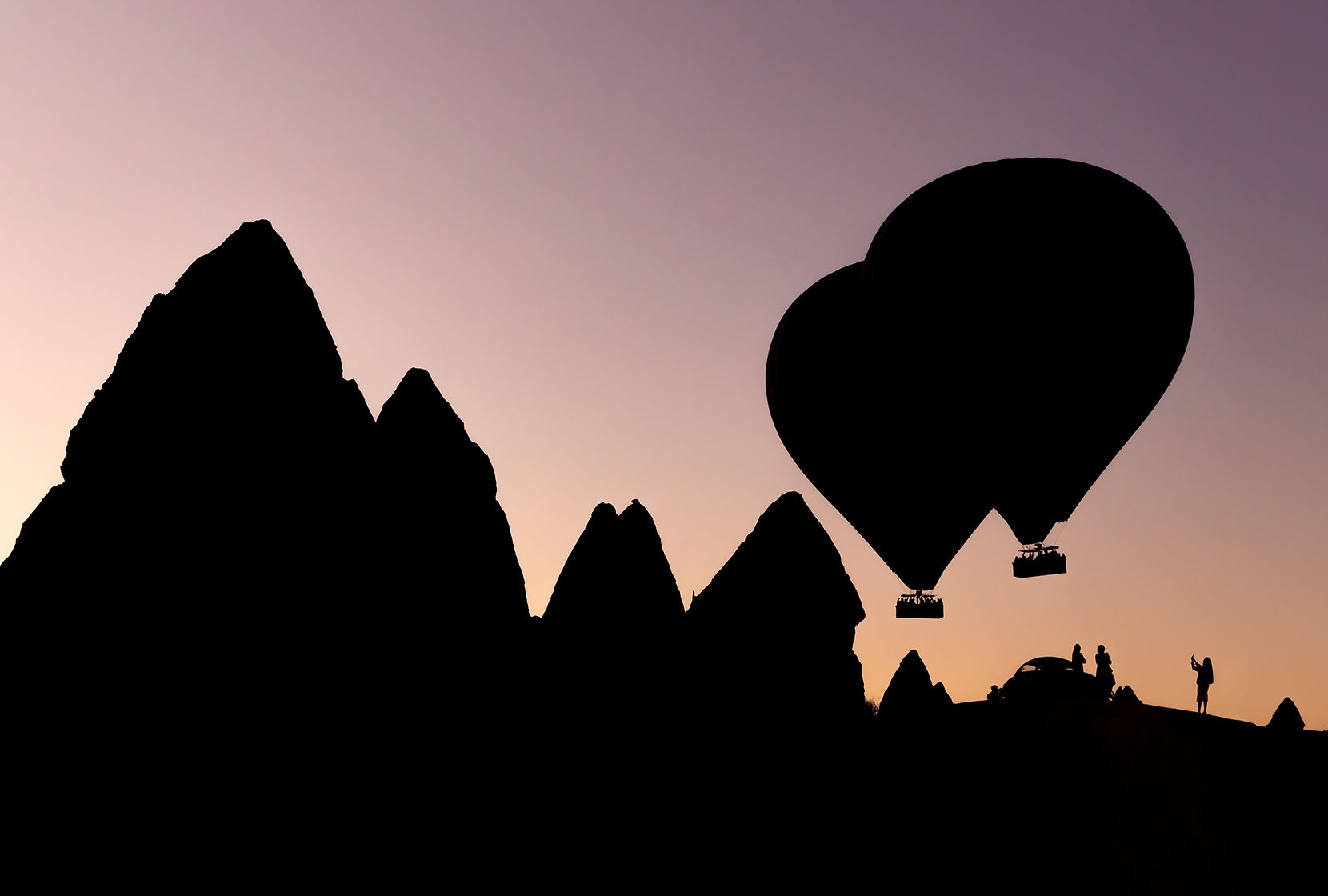 For The Love of Being In Love With Yourself..

The last few days of the trip had seen a new narcissistic pursuit - you hire a old Chevrolet / Cadillac or old Turkish open top and then drive to locations taking photographs of yourself with a backdrop of balloons. Its fabulous! It’s also guaranteed to propel your dwindling social media account towards into the realm of triple figures… This has become big business, propelled forwards by the booming Chinese tourist market, which complements the dusty wedding dresses, donned by trainer wearing brides and grooms alike. It was good to see that it's not just an eastern economy fueling the creative fun. Giggling groups of Muslim girls were seen on numerous viewpoints and vistas as the magic unfolded around them. 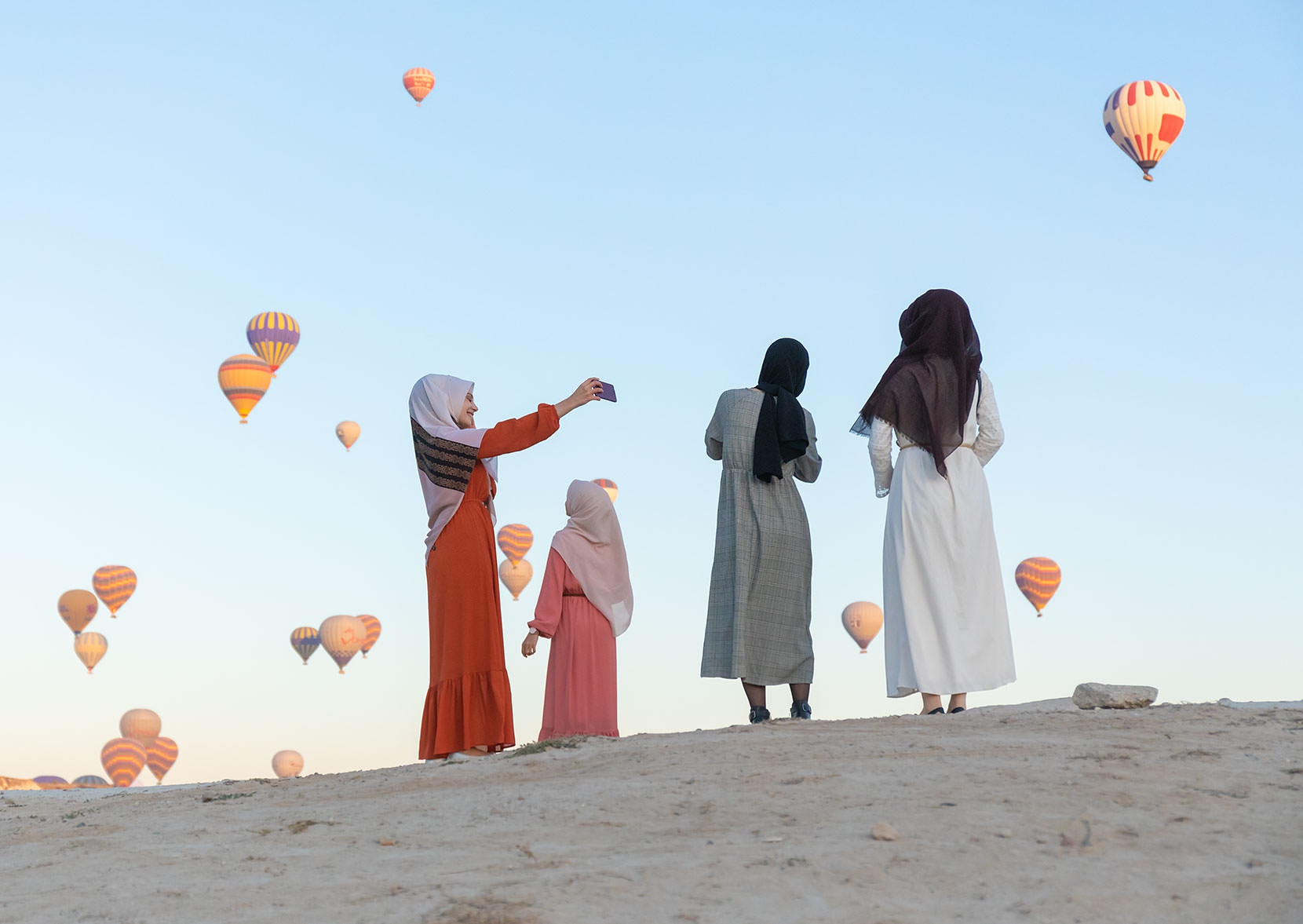 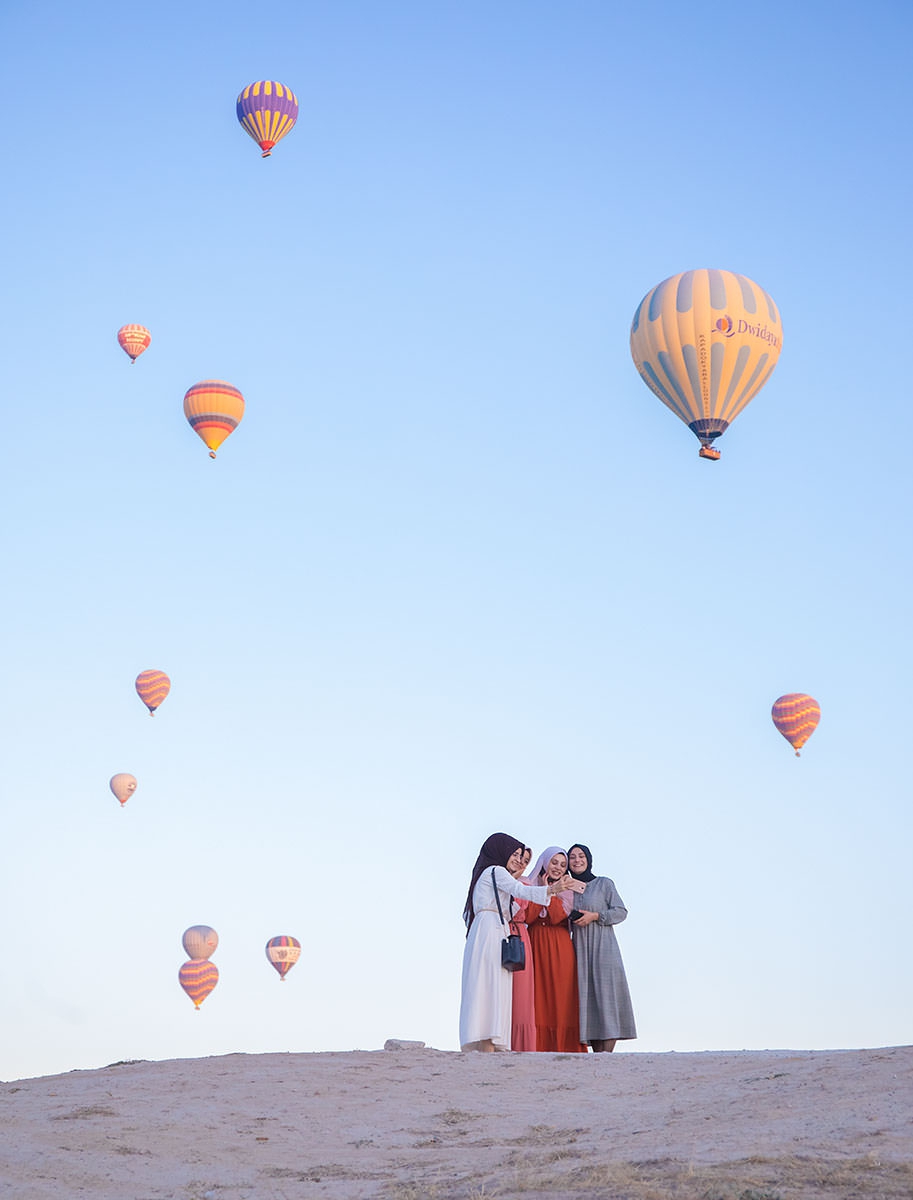 The more I attempted to photograph these fleeting moments, the more I seemed to tune in to the craziness around me. As usual, I lost and won, but it became all about getting lucky, with not only what was happening on the ground, but what was happening in the air and making the two combine. Balloons would hang precariously over the landscape as upwards of one hundred and fifty would soar into the air blown by gentle thermals and light winds.

These images really were the most fabulous of travel photography moments. 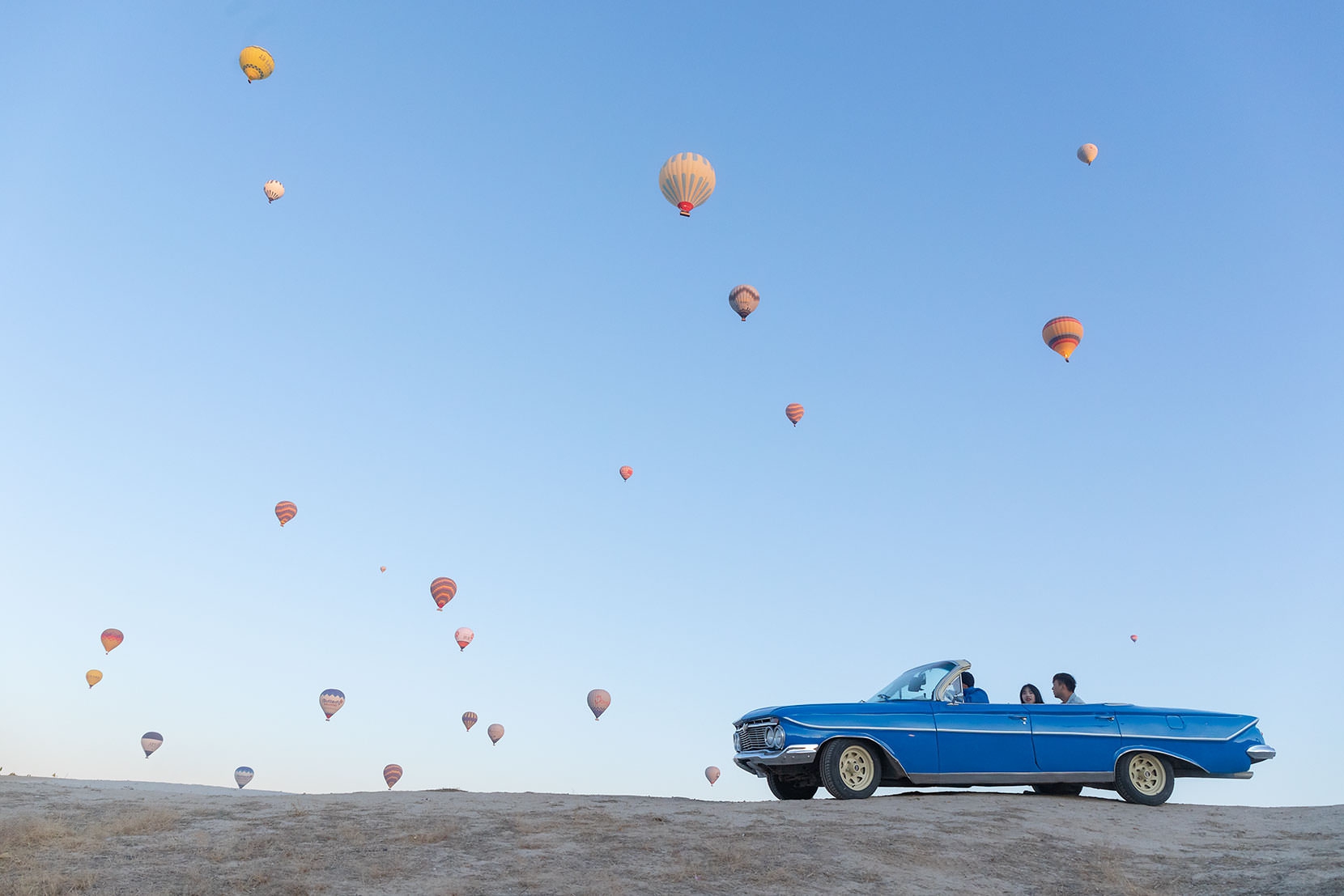 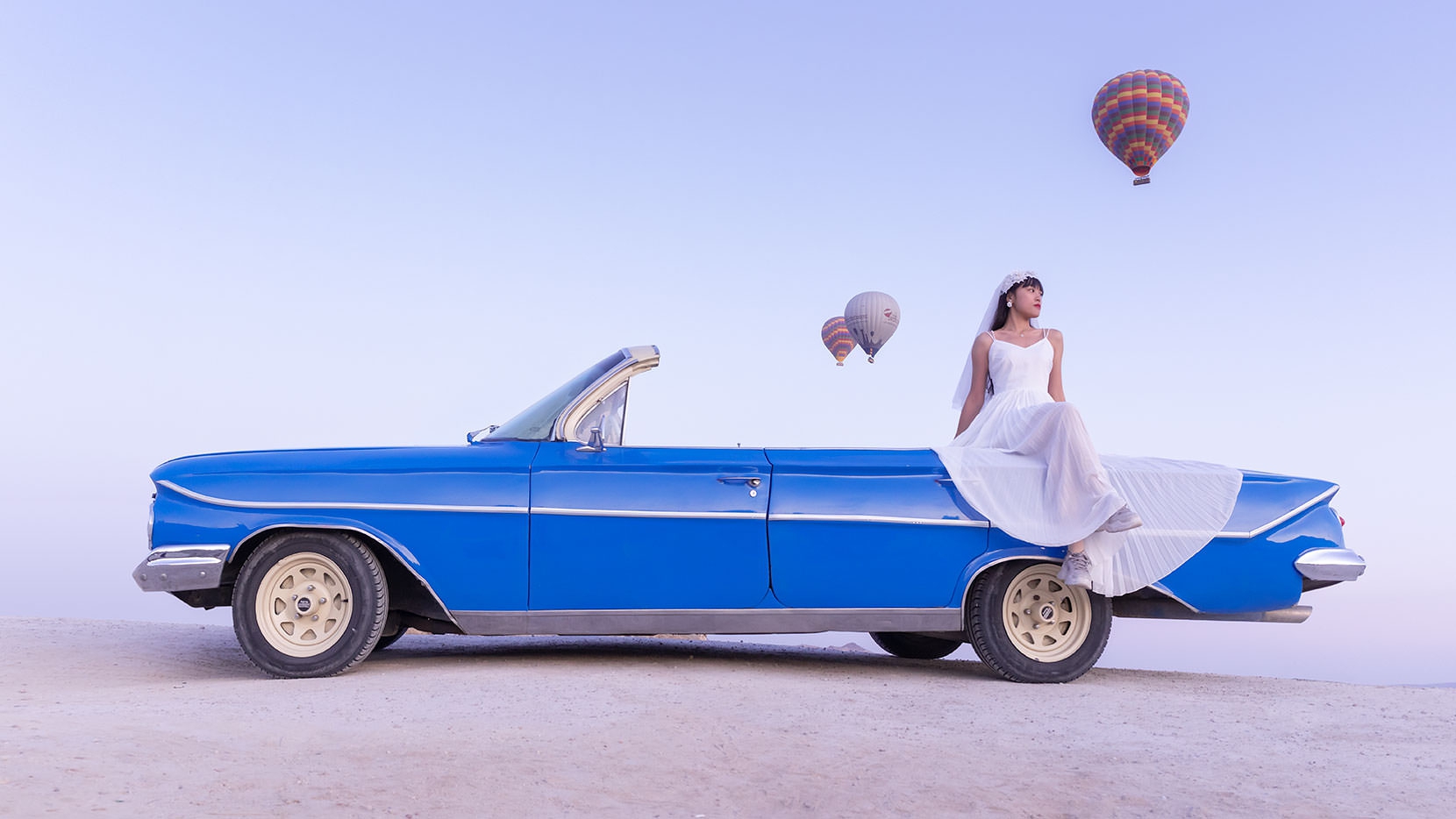 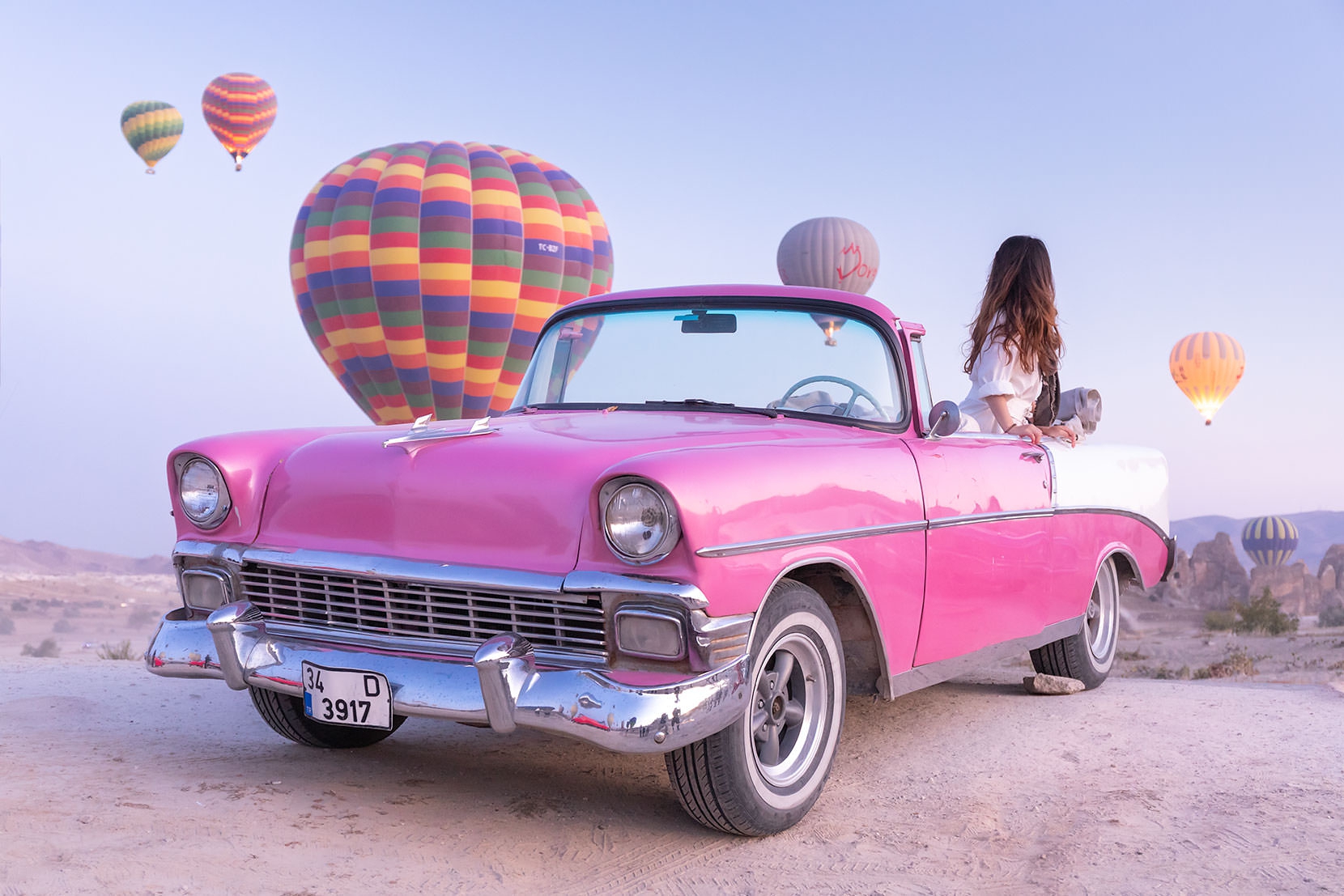 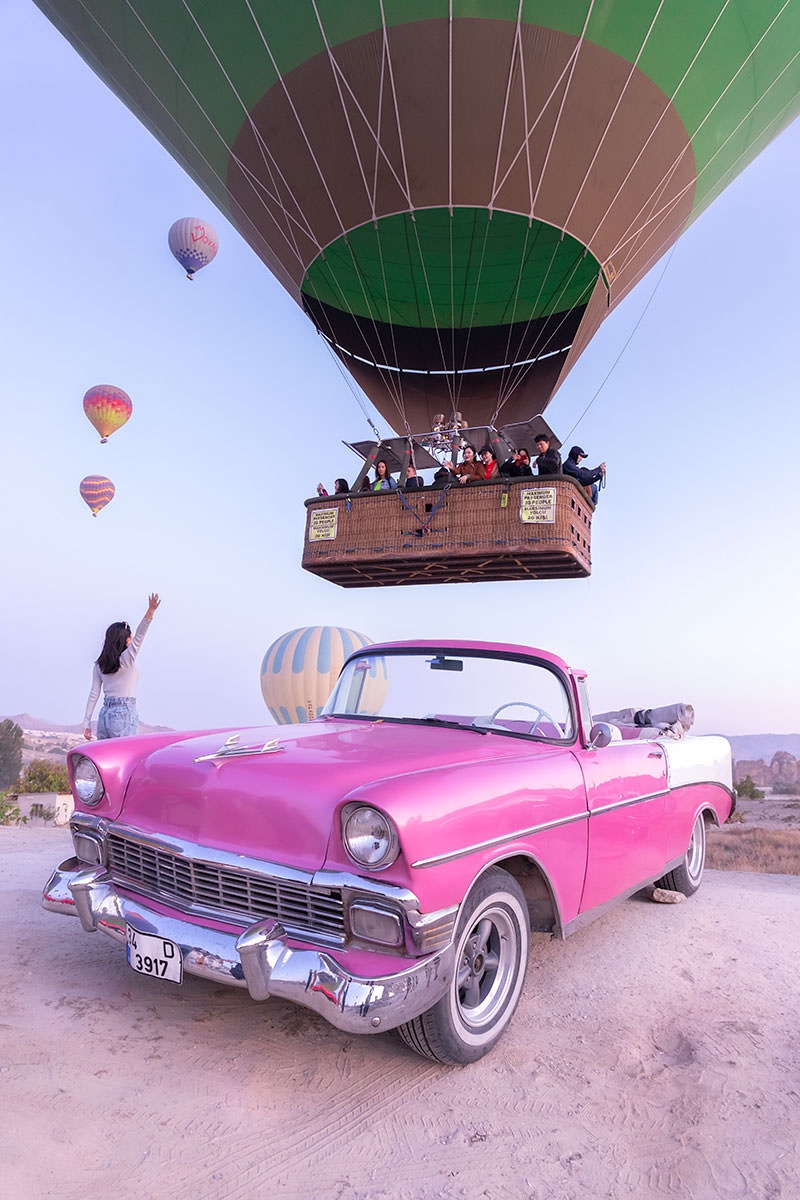 Some final notes about the cameras - I have three bodies with me - a Canon RP, 5Dmk4 and a 6DIR and I used the combination of them all for the aerial images, the landscape images and the stylised travel shots. Lenses were the Canon EF 100-400 f4-5.6L, 24-70 f4L and occasionally a 16-35 f4L IS, mainly for balloon verticals. The EOS RP is a dream second camera, more tuned in to the wider angle, static images whereas the lightening fast 5Dmk4 was the right choice for all the focus tracked aerial imagery.

Infrared photography has such potential in Cappadocia and this year it was the antidote when the clouds closed in. I used it for a lot of cave images in particular.

I am running a new tour there in 2021 and I would be honoured if you would join me, you can find out more about my reignited Cappadocia Photogrpahy Workshop here - CLICK HERE