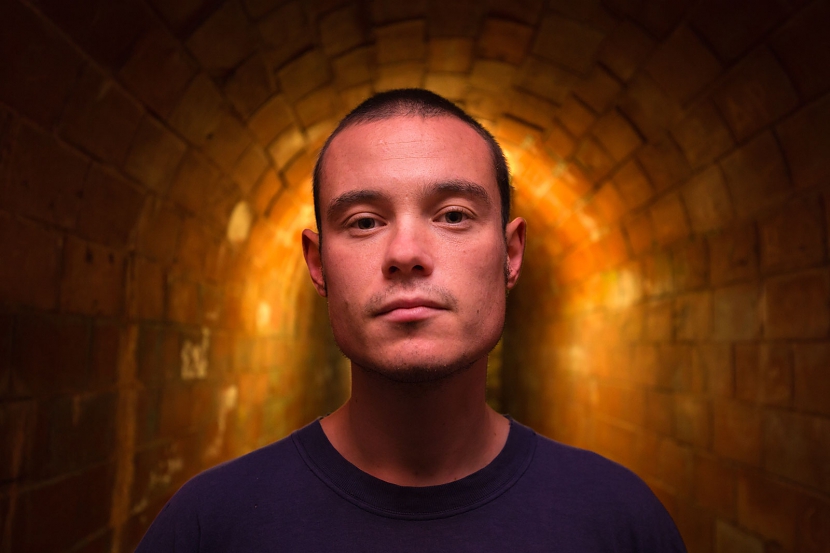 Well it's not very often I get to shoot a musician, with a camera that is, (there plenty I would actually like to shoot).... This is my cousin James Roberts aka Jae Nimbus on Soundcloud. He has done me proud by getting a deal with Brighton based Liquid Records. Days away from his album launch, he needed some profile pictures for digital releases.

I took him down to Ness Beach in Shaldon where there is this rather remarkable brick tunnel that leads to the beach. Its a brilliant place for gritty band photos. Although I am uncertain it works entirely with his music, it certainly works as a shoot. I used my Canon 1Dx as its lowlight autofocusing capabilities are just superb and it didn't dissapoint. My lens of choice was the stellar 16-35 f4L IS. It wasnt important to get too narrow a depth of field so I set the camera at f4, switched on the IS and assembled a 580EXII flash. I fired light directly off the tunnel walls from either the left side or from above, to get differing effects, moving Jae backwards and forwards away from rear lighting.

I think this works very well as it's hard to tell the flash was even used, yet without it he would have been a silhouette, which might also have worked come to think of it.

Check out Jay's intricate and inventive music here - https://soundcloud.com/nimbus-3 - you might notice a certain album cover too...