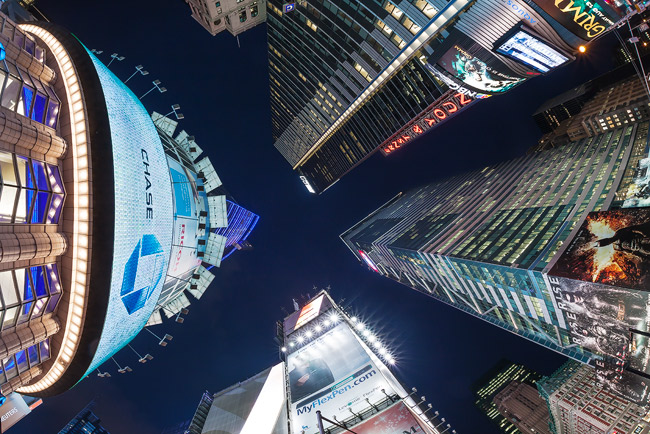 I opted for exactly the same technique I tried a few days ago, using a faster shutter speed to capture both images for a blend, so the adverts wouldn't change between images. It works really well, but in the end the ambient light was good enough that I could process the image from just one RAW file.

I have to say that although Lightroom 4 is better at lifting shadows, it's only marginally better than LR3.6. All this talk of it being so good that you dont need to blend is nonsense, unless you want to use very heavy noise reduction, or simply dont care about the quality of your images. 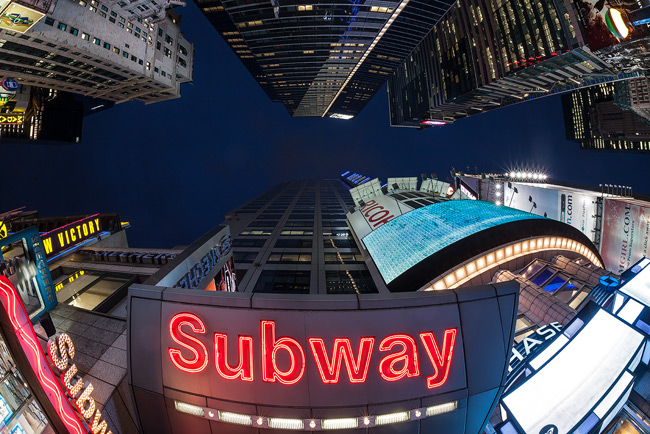 After thinking I was going to get 'moved along' here by the somewhat over sensitive police force, they were fine with me half in, half out of the road with a tripod. This fabulous subway sign helps to set the scene even further, giving a title to the cluster of buildings rising upwards into the sky.

PROCESSING - What I have done here is increase the brightness into the centre of the image using a circular gradient fill on a curves adjustment layer, so that the lighting seems consistent all the way to the top of the tower blocks, which it isn't. This works technique can work very well when used carefully. 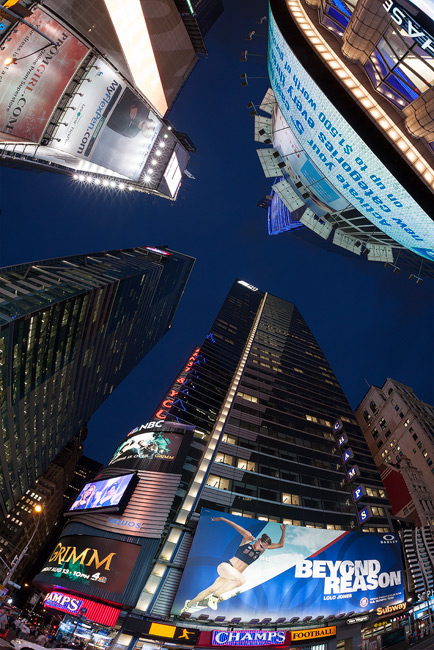 Another shot, exactly the same concept, but this time twisting the camera and lens downwards, to get the full extent of the tower block over the road. These buildings are a riot of colours and lines. I love the cross shaped gap in the middle in particular.

What's so much fun about the entire series, is that they were all taken from the same place, give or take a few feet. It not only shows off the versatility of the lens, but also the great fun that can be had in the Times Square. Image potential is huge, but it takes serious refining.

Its 8am here in the US, I am off out to get a whole load of stock imagery and end with a finale of some kind. Wish me luck.