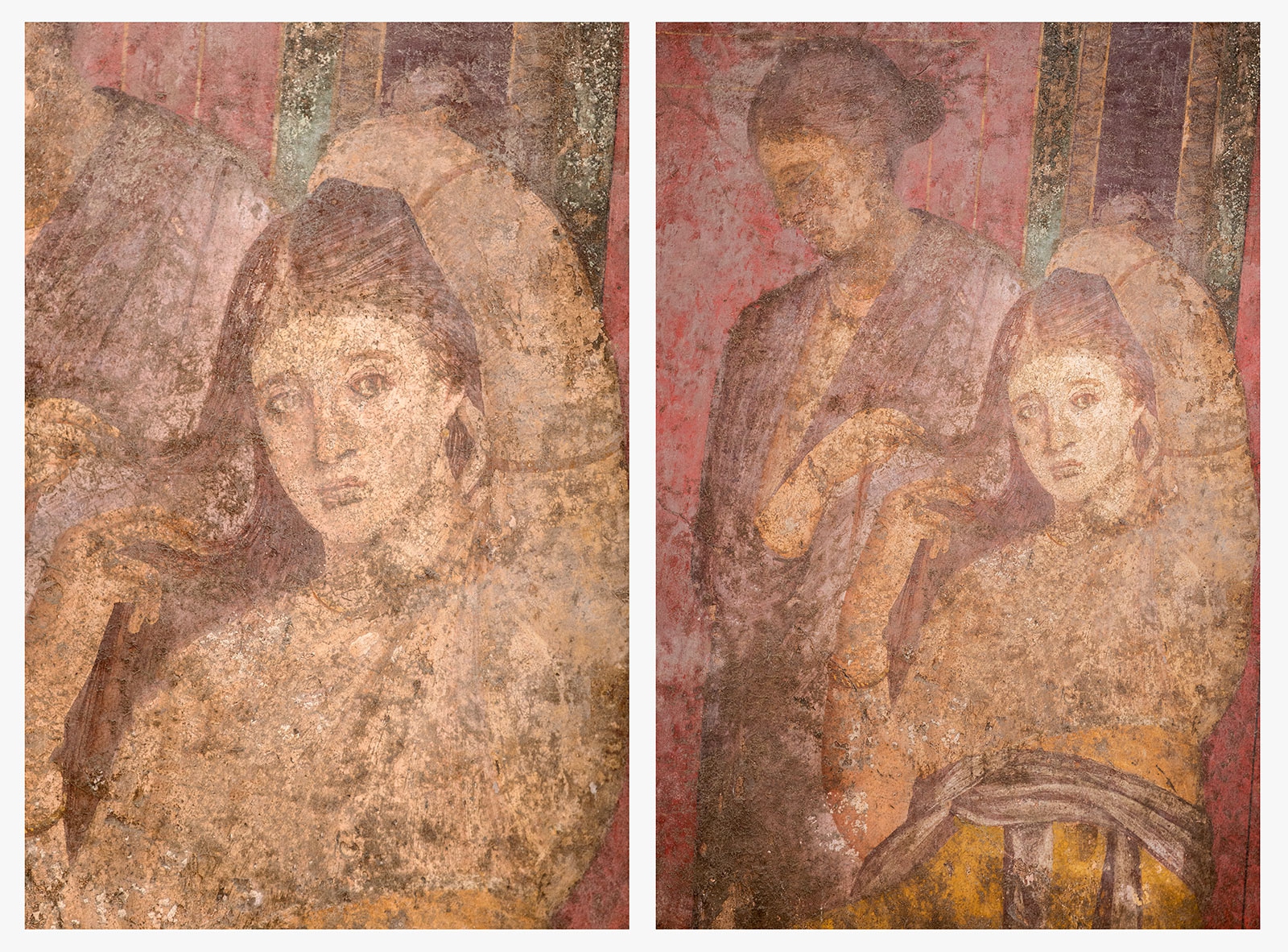 Spell binding isn’t it. I came across the remarkable painting last April and it had me transfixed. It was the look of a young woman - nervous, preoccupied, apprehensive even – that left me only imagining what was happening to her. I felt concern and empathy as I gazed back between sentences on the display board, as this teenage woman is about to marry, too young and too helpless to revert this inevitability. Whilst shooting this picture it became apparent to me that her whoever painted this, had skills that captured her expression as well as I could with a camera. I was staring at a photograph from ancient Rome.

Last year I was in Pompeii. It was a great trip filled with colour and sunshine. I had wonderful experiences in smaller towns like Positano and Cetera, alongside a visit to Mount Vesuvius and Pompeii. The ruins of the ancient city were very exciting to explore, but what surprised me was just how well some of the decorative art was preserved. I would enter small villas, to find works retaining vivid colour and definition, very unlikely when you consider they are two thousand years old.

I found small details in corners of joining walls, caricatures of centurions and their beautiful wives. Some of the subjects were mythological, theatrical even – like characters from a Roman play. Whilst most were of a reasonable size, a few were really small, just an inch high. I took it on myself document as many as I could, using the macro mode on my Canon loaned 24-70 f4L IS.  If you haven’t used one by now I suggest you seriously consider this remarkable optic as your mid range go-to zoom for travel in particular. It's very sharp, light and versatile, more so than the 24-70mm f2.8L which lacks the oh so valuable image stabilisation.

CARICATURES - the one in the middle looks like a fawn from a Debussy symphony or a Midsummer Nights Dream, the bearded face on the right is just one inch high.

So back to our forlorn young lady. For an image to survive this long is certainly not unheard of, but very few wall paintings retain emotion of this intensity. You can clearly see from that wonderful clarity, her future is going to become rather bleak, as she is condemned to subservience at the hands of a roman centurion.

What was unlikely and the point of this story, was that I could connect in such a way all those years on, a real tribute to the unknown artist that painted this moment. It is true to say that after this day I began to look at portraiture in an entirely different light.