How often do you change your DLSR’s ratio? Do you shoot square, or 16:9 perhaps? No? With an array of crop features available on literally all DLSRs, the modern photographer hardly ever strays from the loyal constraints of that oh-so-important maximum resolution - this is the biggest compositional handbrake when framing an image. Have you ever felt that trip-sinking feeling, as though you just ‘can’t see’ today ? Perhaps you haven’t warmed up? I can guarantee it will be neither of those – it’s not you, it’s the ratio you shoot – to put it simply, the image won’t fit the frame. 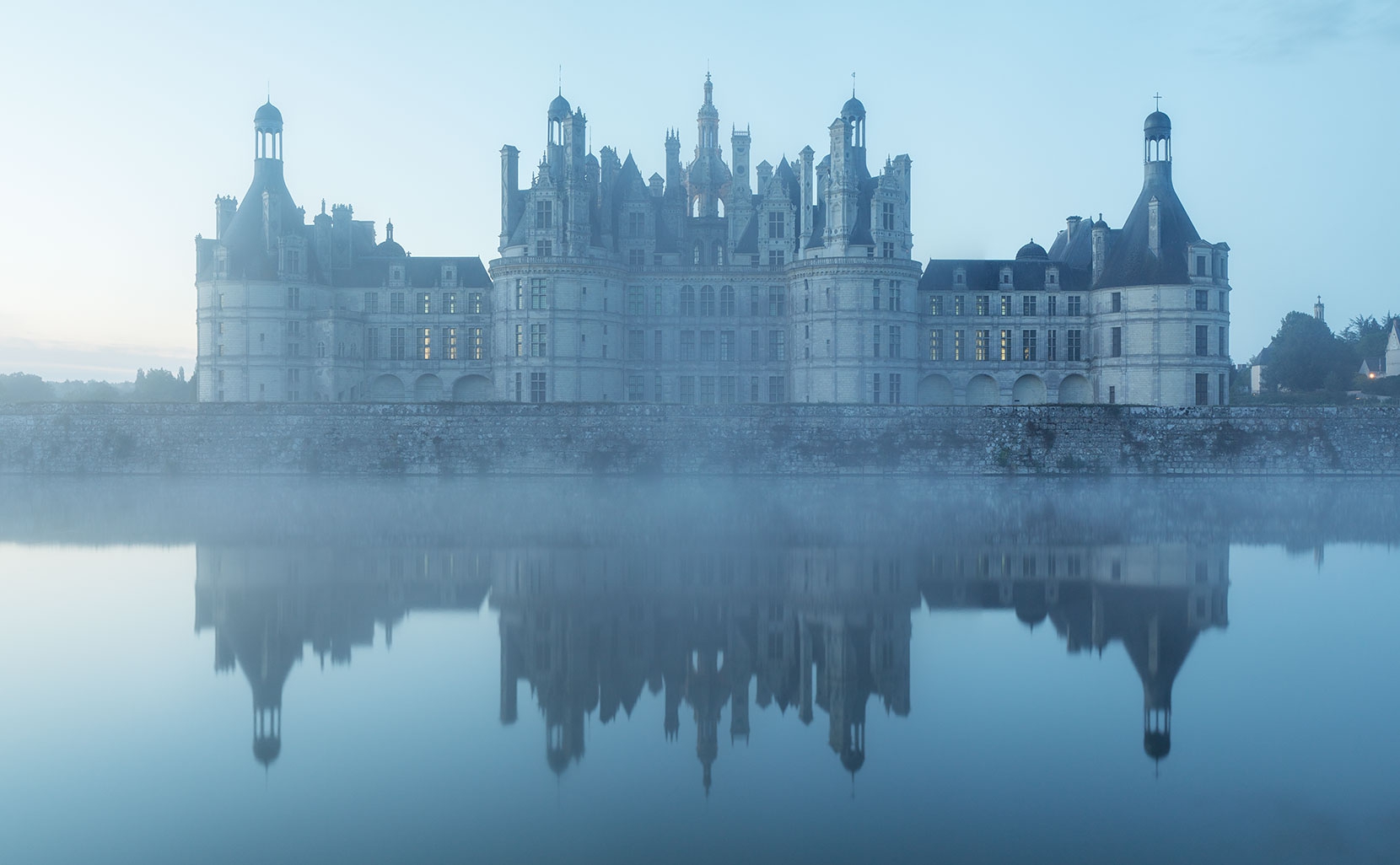 Back to the Beginning

Back in the days of film photography, ratio was primary. Those who have come from the college days of film, or have perhaps like me have begun experimenting as an alternative to digital, will perhaps know the array of ratios on offer. To start, 35mm film produces images that are the same size as a full frame digital sensor at 36x24mm (popularly considered a 3:2 ratio but let’s call it 1.5:1). The next step upwards in quality is ‘medium format’ or 645 medium format system. This produces 6cm by 4.5cm images from 120mm roll film. It’s squarer than 3:2 with a ratio of 1.3:1, but still subtly rectangular. Then, still classified as medium format, there is the 6x6cm or 1:1, square shots, a popular format associated with Hasselblad, Rolleiflex and Mamiya twin lens reflex cameras in particular. Now think bigger - 6x7cm (1:1.6) is the next size up. This is a favoured ratio of landscape and portrait photographers alike who find the subtle rectangle suitable for a range of subjects.

Then we have 6x9cm, we’re back to the 35mm ratio of 1:1.5 again, so although the image is very large, consider the picture is the same ratio as a full frame digital. Shooting 6x9 film images often results in the conclusion that the viewer ‘cannot work out whether the shot is film or digital’. It’s nothing to do with the look, it’s purely the ratio that subconsciously forces a conclusion.

I could go on, highlighting all sorts of oddball cameras and ratios, but let’s examine some popular camera types and also the ratios available to modern DSLR shooters. Remember, the article centres on composing with crop, not just cropping from 3:2 on the computer.

So where do all these ratios sit in the modern world of digital photography and how could our photography get better with crop modes? 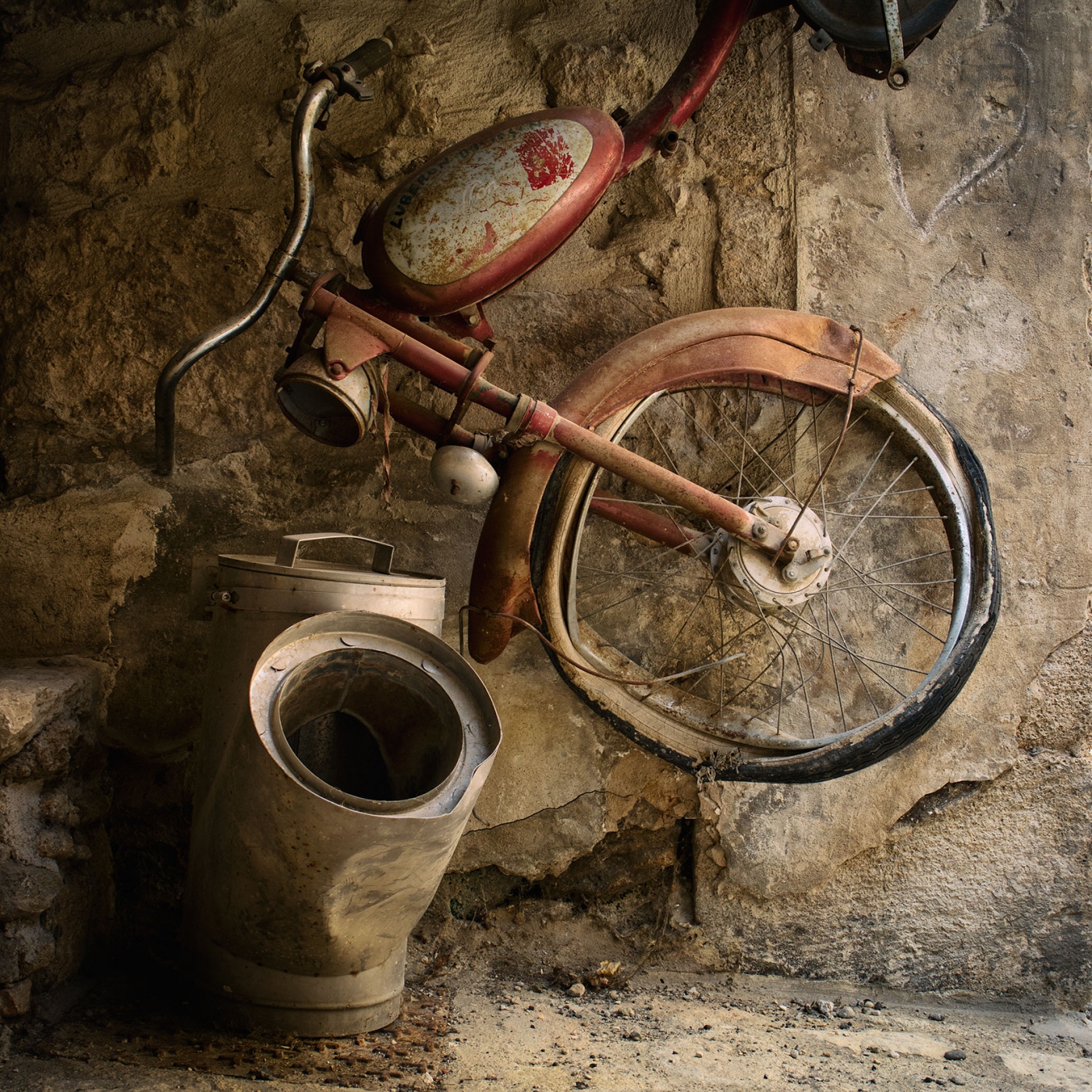 Firstly, just like film,  you can choose a camera with a different sensor size; it doesn’t have to be software cropping. Alternative sensor sizes have been popularised in the consumer digital market for many years. The popular 4:3 or ‘micro four thirds’ cameras helped break this constraint and personally it helped me immensely. I remember being handed a Panasonic GF1 for review in 2008 and finding the joy in composing a camera with a slightly squarer frame. Returning to full frame digital seemed strange, so thin, especially in portrait. It took a while to feel comfortable with 3:2 again.

Suprisingly, pocket cameras have had crop modes for years. Most pros use a pocket camera, for sketching, documenting and referencing. Crop features like 1:1 and 4:3 were included with smaller 3:2 ratio cameras like the Canon G series range as early as 2009. Yet many photographers still bypassed this visionary aid (myself included) as the idea of cropping a low megapixel pocket camera didn’t feel like a quality idea.

Skip forwards a year or two to the surge in smart phone technology – ratios like panoramas and squares within camera apps paved the way with sharing platforms like Instagram. Until fairly recently, 1:1 cropping was enforced (they have now relaxed this). I believe this was the start of some subconscious embedding for the DSLR user, a different thinking emerging from throw-away programming behind software cameras.

Let’s not forget when 1:1 became professional even though it was long ago. A tidal wave hit the shores - Michael Kenna came to everyone’s attention and the black and white digital square was king! Dull light was magical, photographers claimed of ludicrous long exposures and Lee Filters were dipping ten stop filters at the ratio of 24:7. A square movement was born. Everyone became a fine artist, for a month at least. Arguably this was the first time modern DSLR shooters began to transpose their vision from rectangle to square with intent. Sat in the wings, I began to wonder if the arrival of the dedicated square DSLR camera was imminent.

Then in 2010 we all bought big affordable monster TV’s and sat grinning to each other, inches from 16:9. Literally all DSLR cameras now had full 720p and 1080p 1920HD movie modes. Then pocket cameras were equipped in the years following. We were capable of shooting this ratio and capturing video, yet STILL very few photographers (excluding videographers) ever few did despite demanding the feature be included. The committed DSLR user still felt constrained by megapixels, preferring to stitch aloft hilltop viewpoint than cropping.  Making a square out of a 21mp 3:2 becomes a skinny 14mp. When would this ever end?

Enter the D800 and A7r systems, both 36mp Sony sensors were the first to offer generous megapixels and the ability to crop heavily, yet still leave the image well above 21mp. Then the D810 (36mp), then the A7r2 (43mp) and now enter the Canon 5Ds series – 50mp and capable of some heavy cropping. A 35mm camera capable of such high-resolution imagery was unthinkable five years ago… but we are swaying away from the point of the article – the ability to compose a crop in the viewfinder, to work the scene using a crop mode. 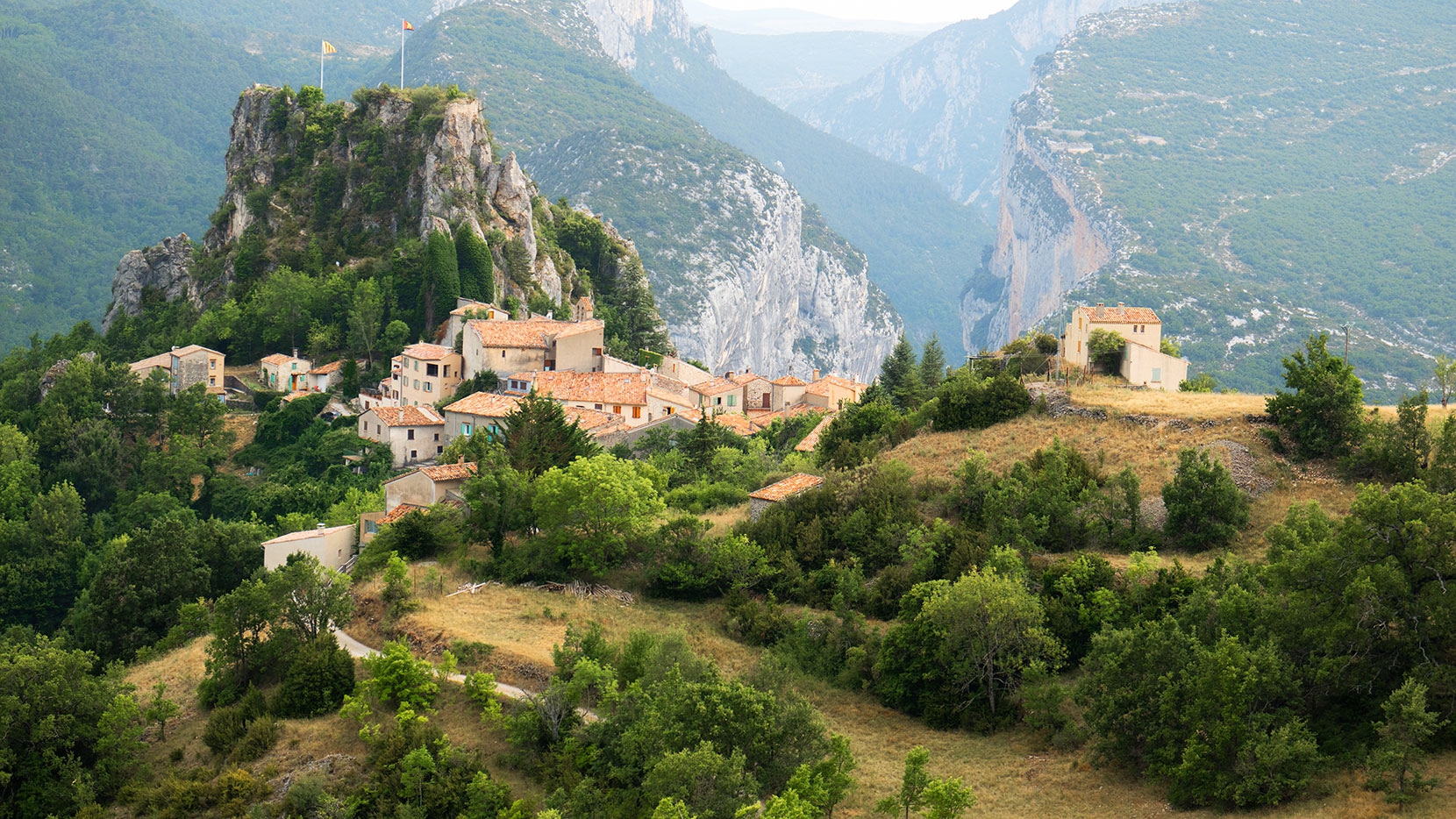 If we hold out thoughts on the 5Ds, it can crop to a 1.6x, 1.3x and 1:1 and blackout the viewfinder to screen to aid composition. It also has an additional 16:9 feature, but the LCD overlay will only crop with bars than a complete blackout. Work in progress I hope, but that’s still good enough. If we crop a 50mp image there are masses of pixels remaining, so I urge you to try out this feature. Ok, the D800 and D810 have had similar crops as do other systems, but not full blackout viewfinders, which makes composing an utter joy.

Why not have a good look at the camera you shoot now and see what crop modes are available. Remember just because the camera has crop modes it doesn’t mean your viewfinder will blacken out. You may have to use Live View for this to aid with composition, but this can still help immensely. I am certain as technology advances, all DSLR cameras will have these features as standard.

A recent camera that changed everything for me was the Canon EOS M3. Mirrorless cameras essentially port the Live View feed to the electronic viewfinder. The EVF will displays 16:9, 1:1 and 4:3 mode with full viewfinder crop. It’s luxury 24mp APS-C sensor renders 16mp squares, 20mp 16:9, 21mp 4:3 and finally the standard uncropped 24mp 3:2. That’s a great file size and it no longer feels like a compromise. I found myself fixated with 1:1 last year. 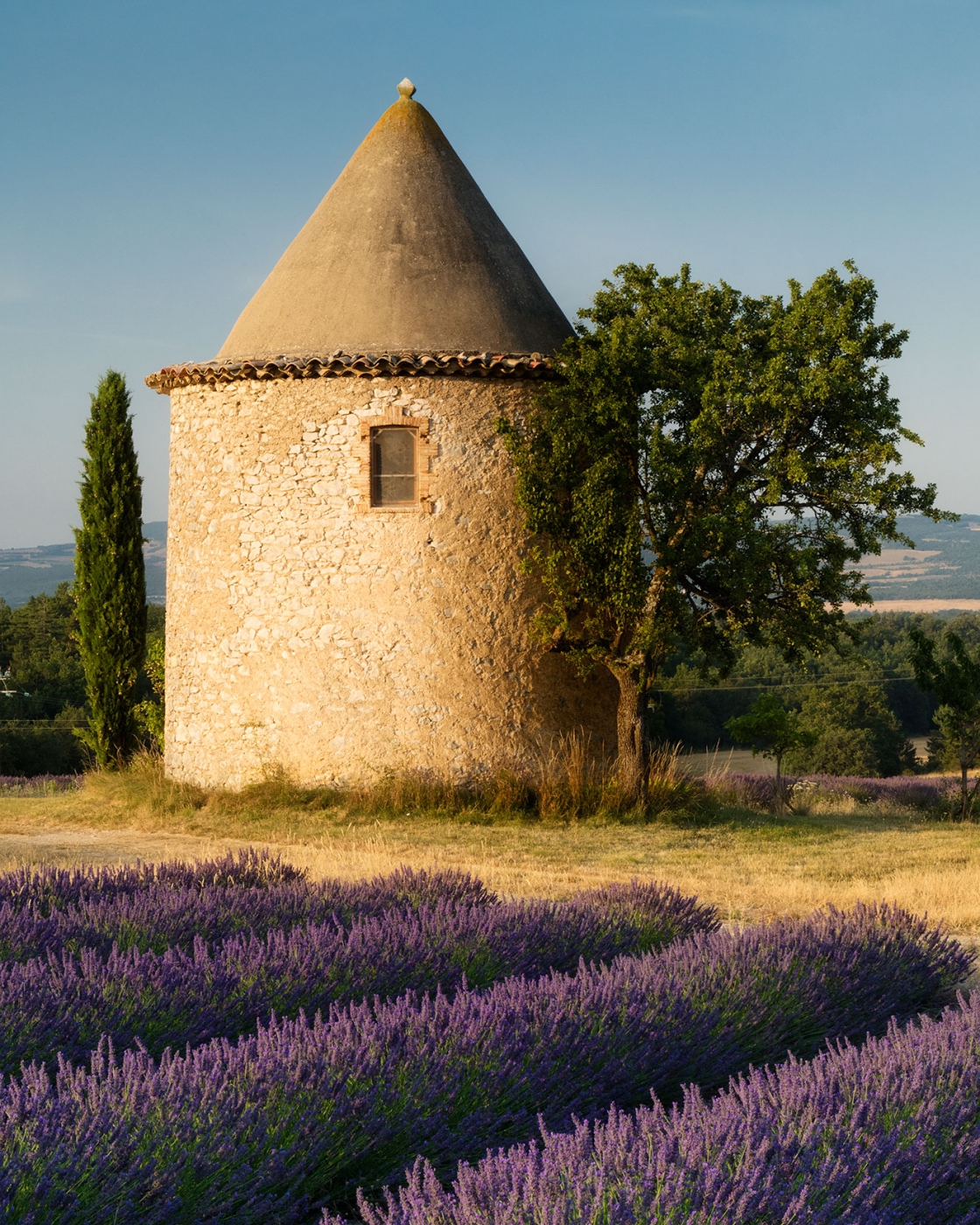 One question that I keep thinking is when can we start inputting out own crop ratios? Is it that hard to program firmware to allow us to choose the ratio? With mirrorless camera in particular this must be fairly straightforward, as the EVF can be cropped to suit. With LCD overlays in DSLRs, I can imagine this is not so easy, or is it? All those film camera ratios could be input into the firmware and the mindset of all that old gear could be at your fingertips. Alongside Fuji’s film emulating user styles, we could perhaps see a digital camera that emulates a Mamiya RB67 shooting Velvia 50 or any manner of combinations of ratios to suit our vision. Isn’t that the way it should be anyway?