Sometimes when the weather doesn’t look too favourable, it all comes together. I have always used my own pep talk to get me through a clear sunrise or two… ‘there are no poor conditions, only poor decisions’ and this time it most definitely worked. We have had NE winds every day this week on Dartmoor, with pretty much the same conditions, clear mornings / fluffy clouds in the afternoon / overcast evenings - yet on Thursday there was enough humidity from colder Scandinavian air meeting the warmer Atlantic to create some interesting fog and mist.

These images were taken within an hour at three separate locations. I used my current favourite setup – the Canon EOS M3 – which allows me to hike, stay light and cover a lot more distance / carry other more unusual camera equipment. 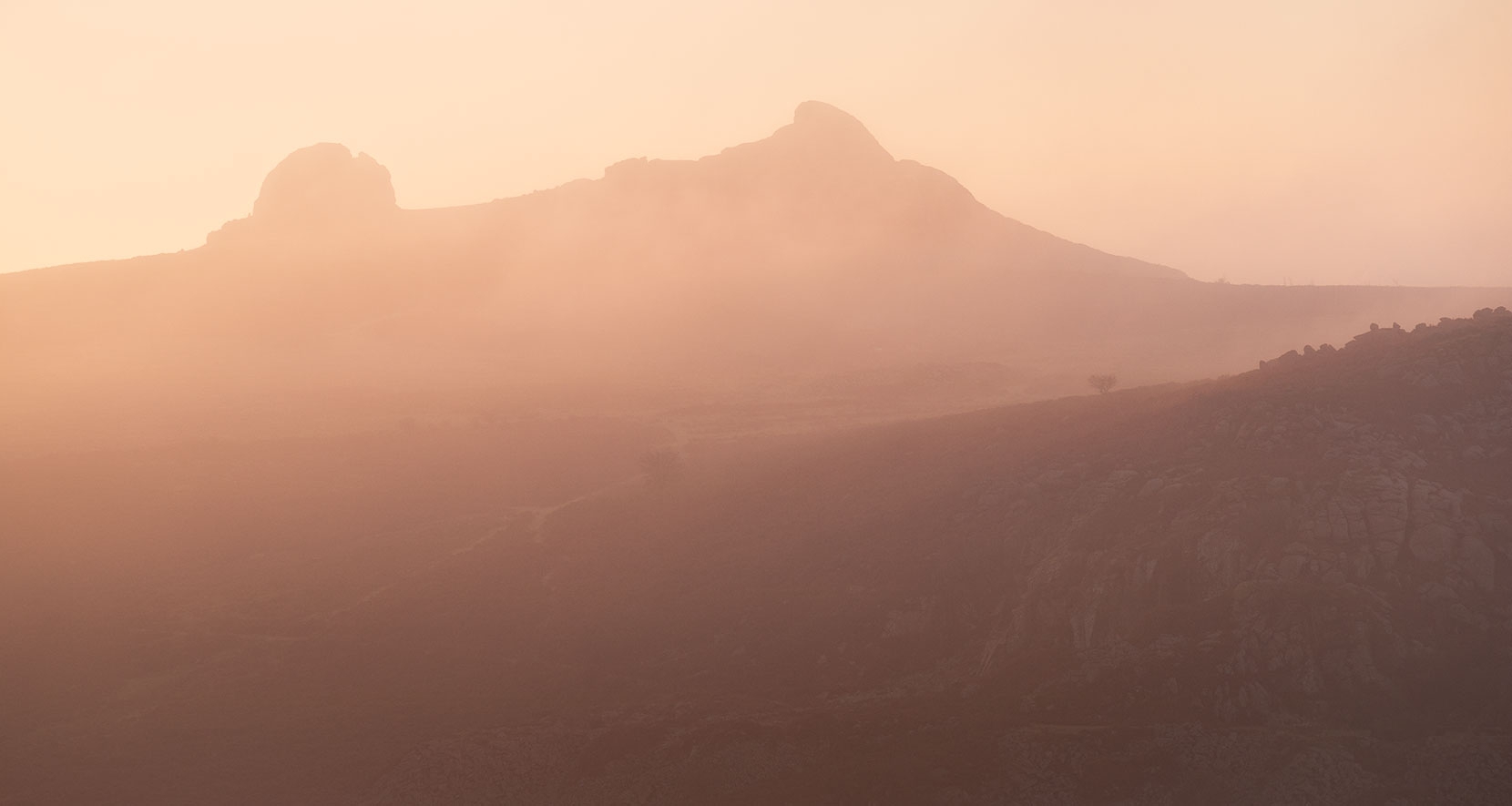 The first image is a long lens shot of Haytor, taken from a considerable distance. The sun had just risen out of the frame to the left, creating some wonderful pink light that diffused and swirled over the hilltop and into the valley beneath. It was short lived and I had just enough reach with the 55-200mm at the 200mm end (320mm FF equivalent) 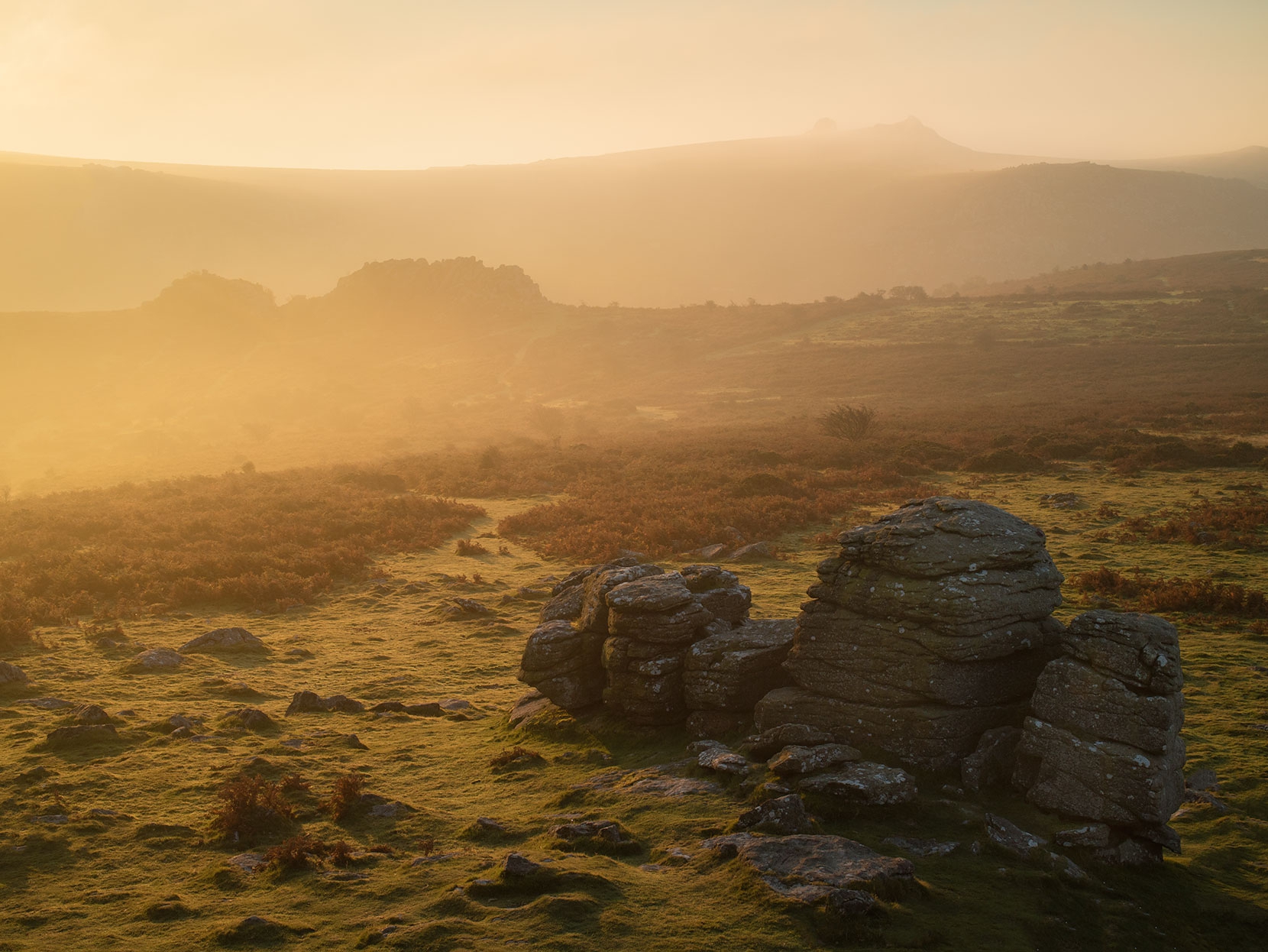 The second was about fifteen minutes later as the sun changed colour, filtered through the air. Climbing up on top of rocks provided three different layers to the image, which was framed using the 18-55mm lens, an exposure blend of two images. 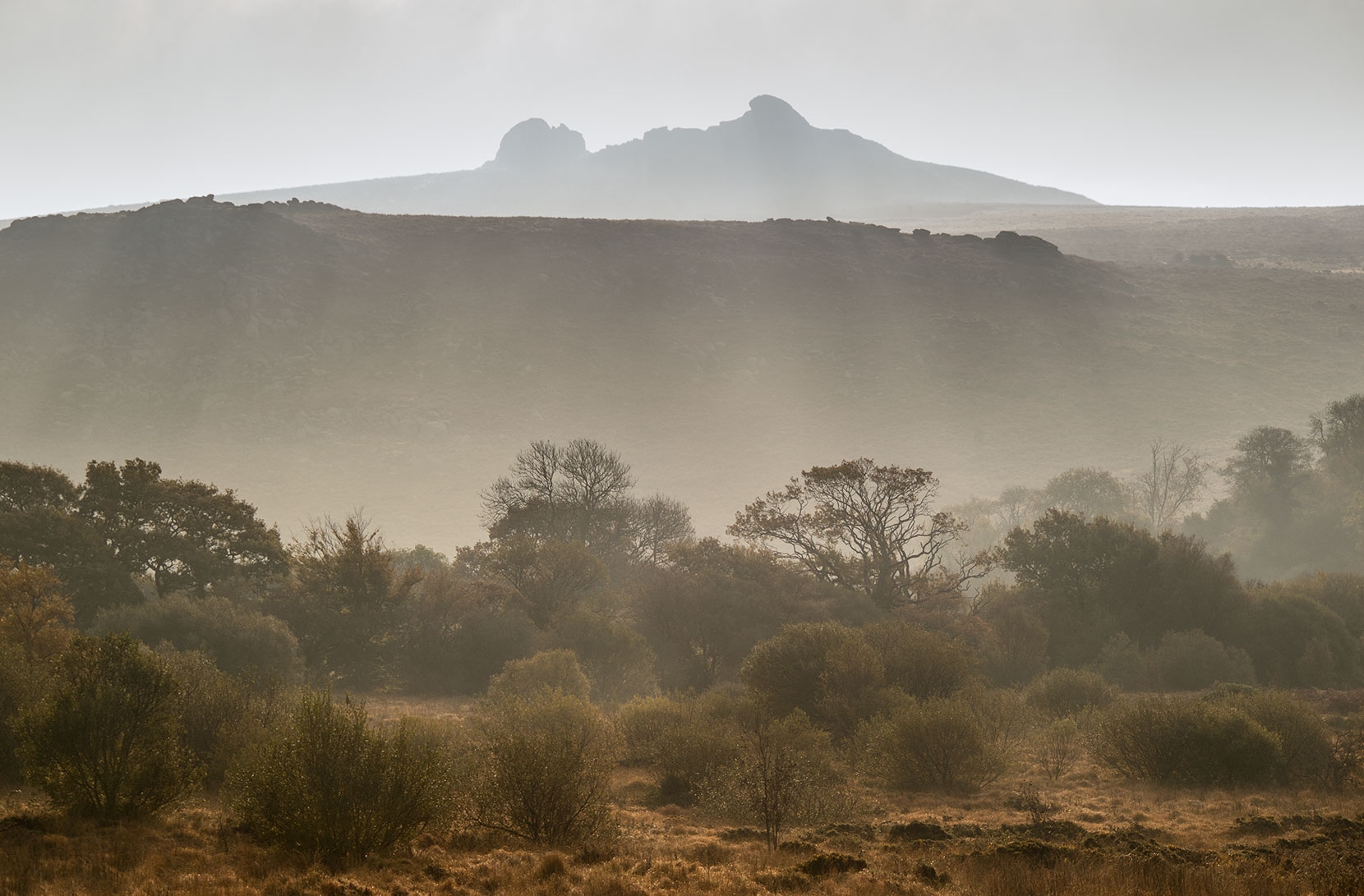 Finally this image, one that will make my portfolio pages, my favourite of the three, has an American wilderness feel about it. The sun has become a white flash gun, the grasses beneath now turning brown in autumnal splendour. The hillsides have also become russet red, as the ferns have now died off leaving an echo of the Lake District to the Dartmoor landscape. This again was an exposure blend of two images.

It’s foggy over the moors yet again today, heavy slate grey and overcast, so it's time to forget the vistas and think documentary. I am off to start a project about Princetown, in the style of my good friend Simon Butterworth, documentary and travel photographer extraordinaire. Check out his website HERE – he’s one talented man.