It's been eight years since there has been any significant snow fall in Devon, so I have been relishing in the opportunity to shoot Dartmoor again in all its wilderness glory.  It didnt quite go to plan, with my snow chains snapping and my stationary car sliding down the road out of control into a fence, but over the last two installments I managed an alternative take on wintery Dartmoor, using some alternative gear and more importantly an alternative approach. Was it worth it? Well yes and no, but I hope you enjoy this round up of images from the first installement. The others are of to the lab this week.

I shot the first phase on a 1970’s Mamiya C330f twin lens reflex camera – why? Call it an college art project, but using a different camera to interpret an event like this on black-and-white film had been on my mind for a long time. With a bulky camera to wield in a raging blizzard conditions, it turned out to be quite a challenge indeed, but inevitably incredibly enjoyable. This large 60mm X 60mm camera needs to be tripod mounted at all times if you want critical sharpness, but that wasn't the only restriction. The focus screen filled with snow every shot and with just 12 shots to a roll of 120 film, changing rolls required phone boxes (try and find one these days), or knocking on stranger's doors, to crouch in their hallways.

I am very happy with the results, not just because it was a personal achievement in ridicuous conditions, but because they look so very different, almost like pencil sketches. The whole approach of 1:1 medium format and its reduced depth of field, requires a different assembly and fundamentally a different approach to picture taking that I am getting more comfortable with. I worked towards a set of pictures based on tones, form and aesthetics rather than the 35mm foreground / background dynamics.

Although a person would have worked in literally every shot, remember people don't go out in 50mph winds, in a raging -7c arctic blizzard except those with the very best of artisitic intentions. 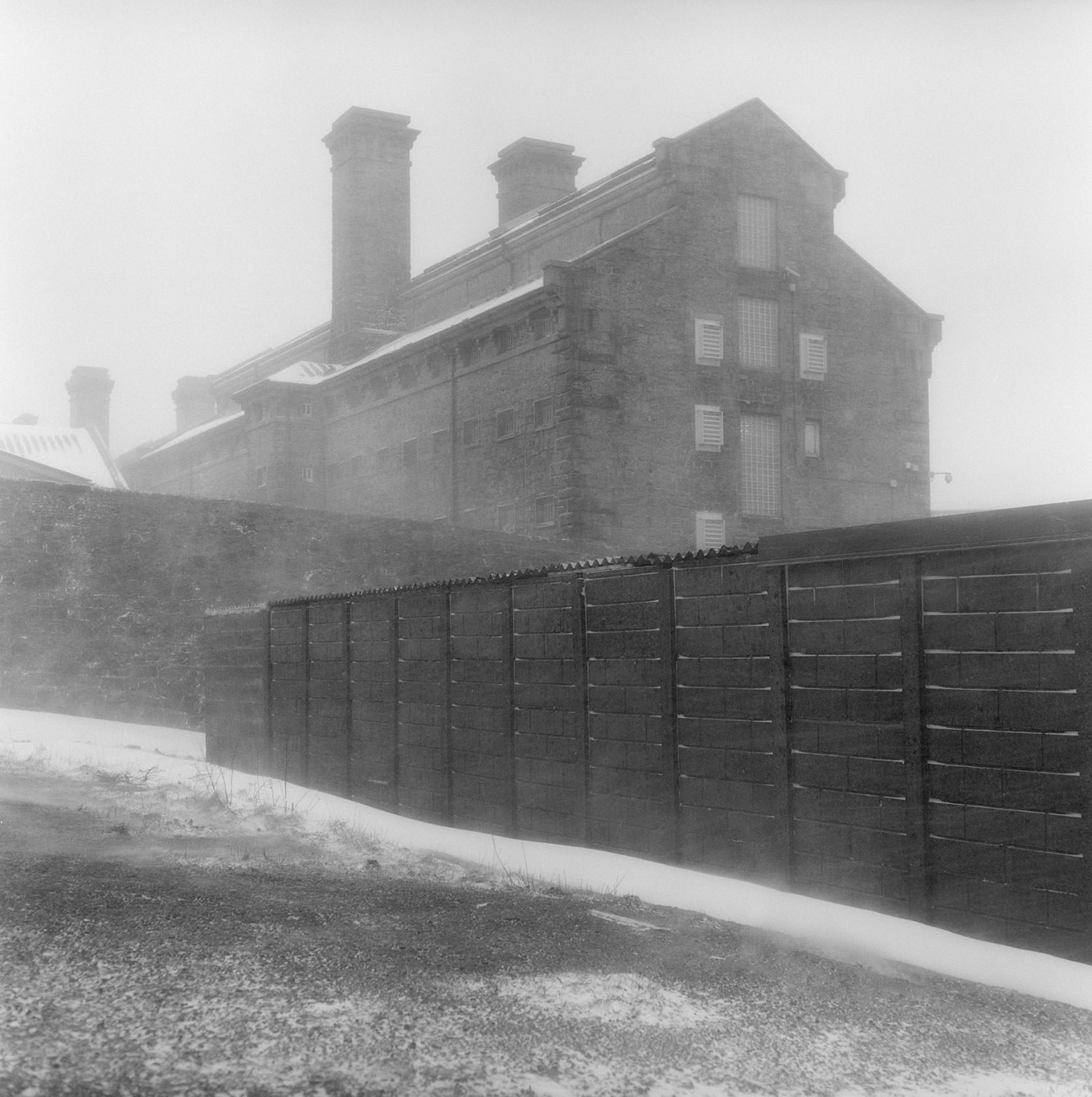 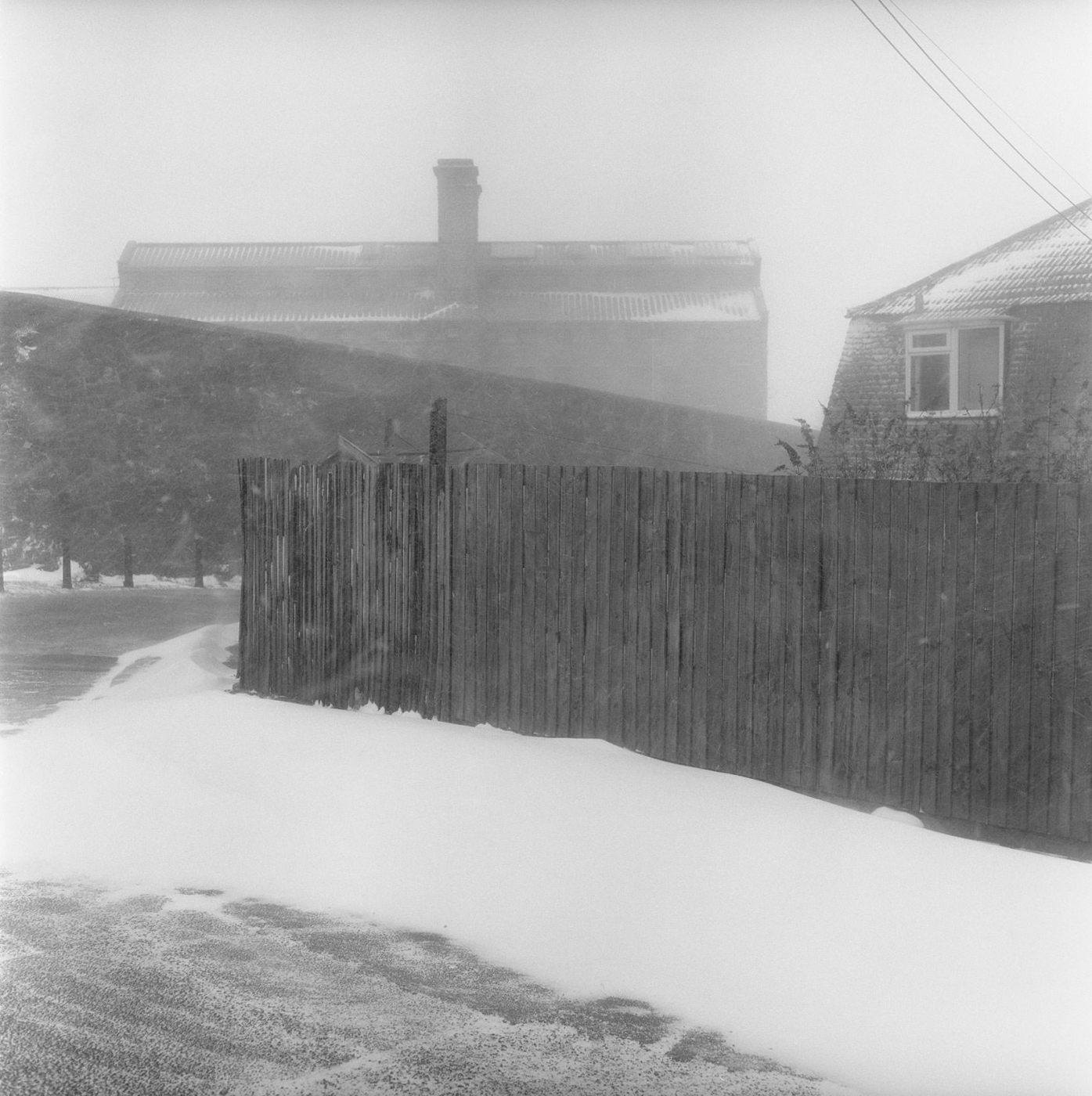 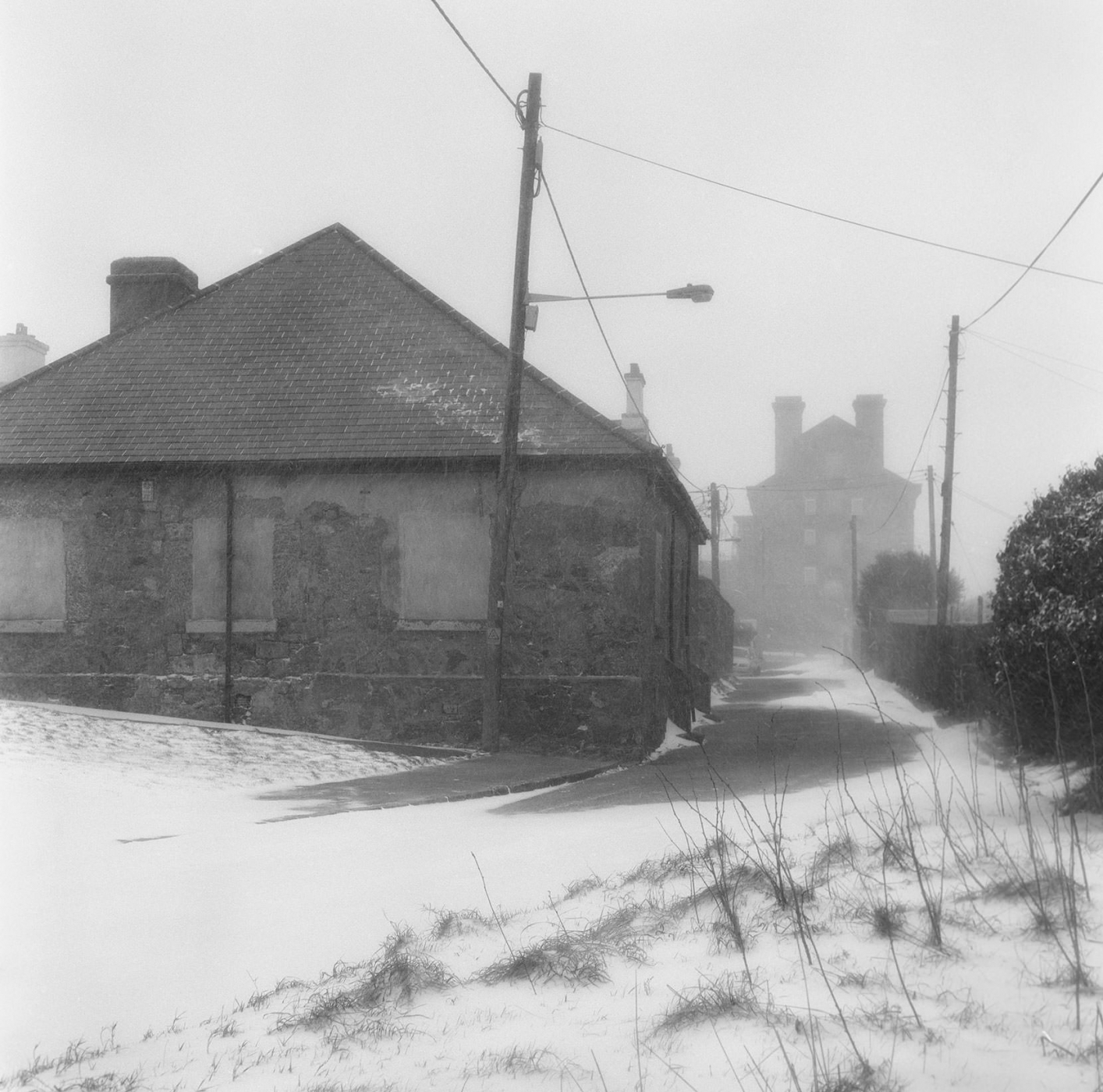 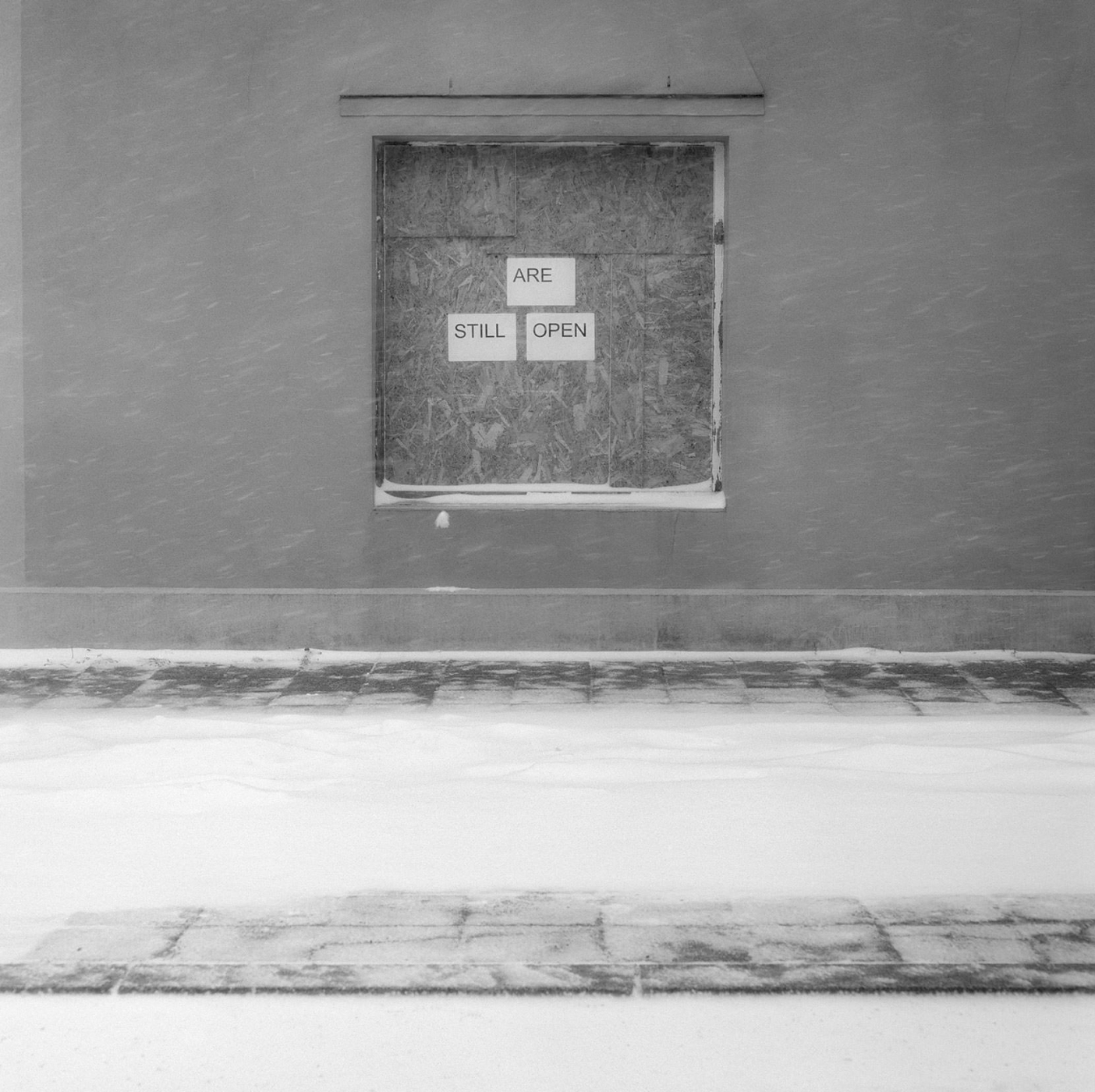 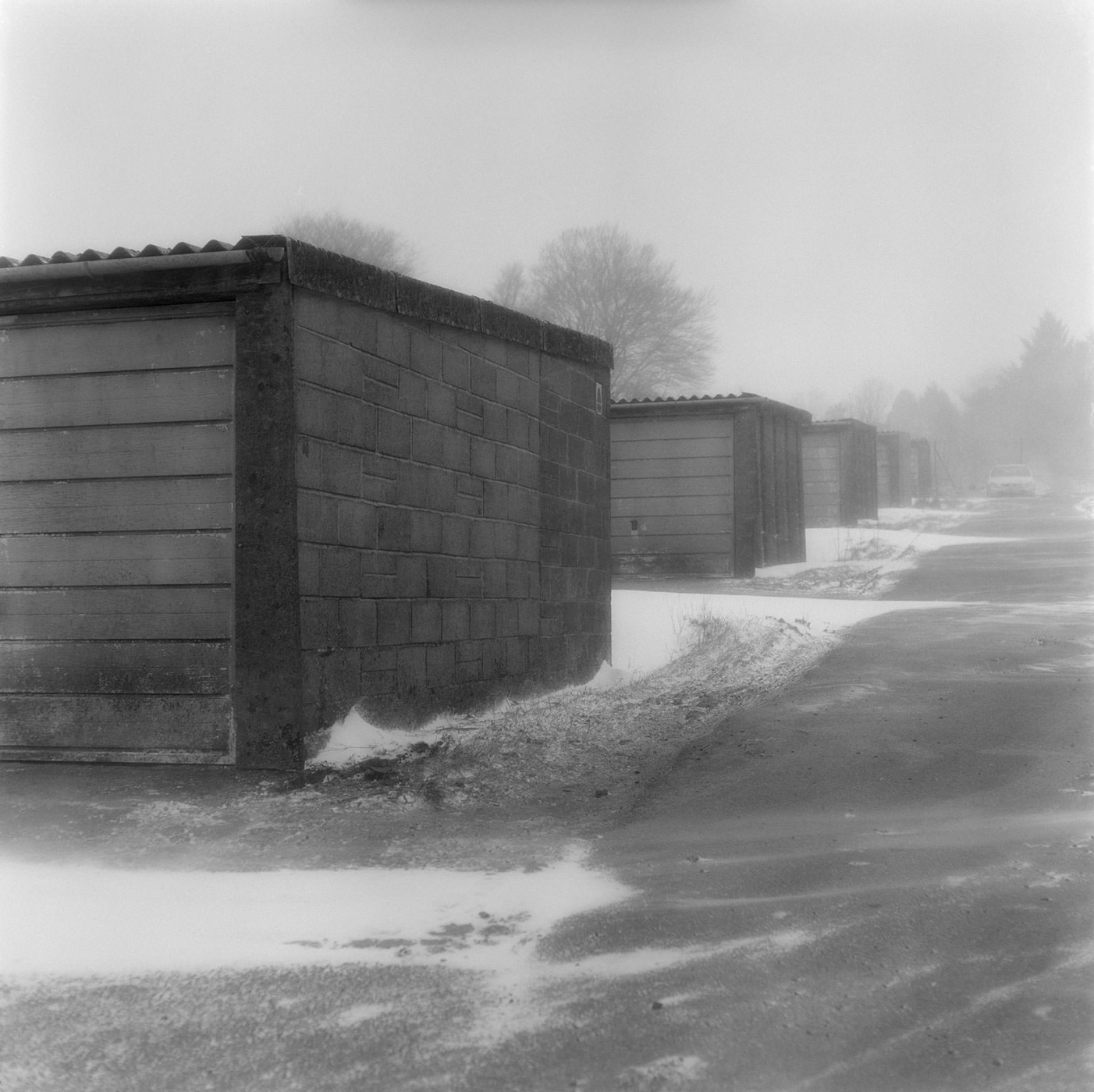 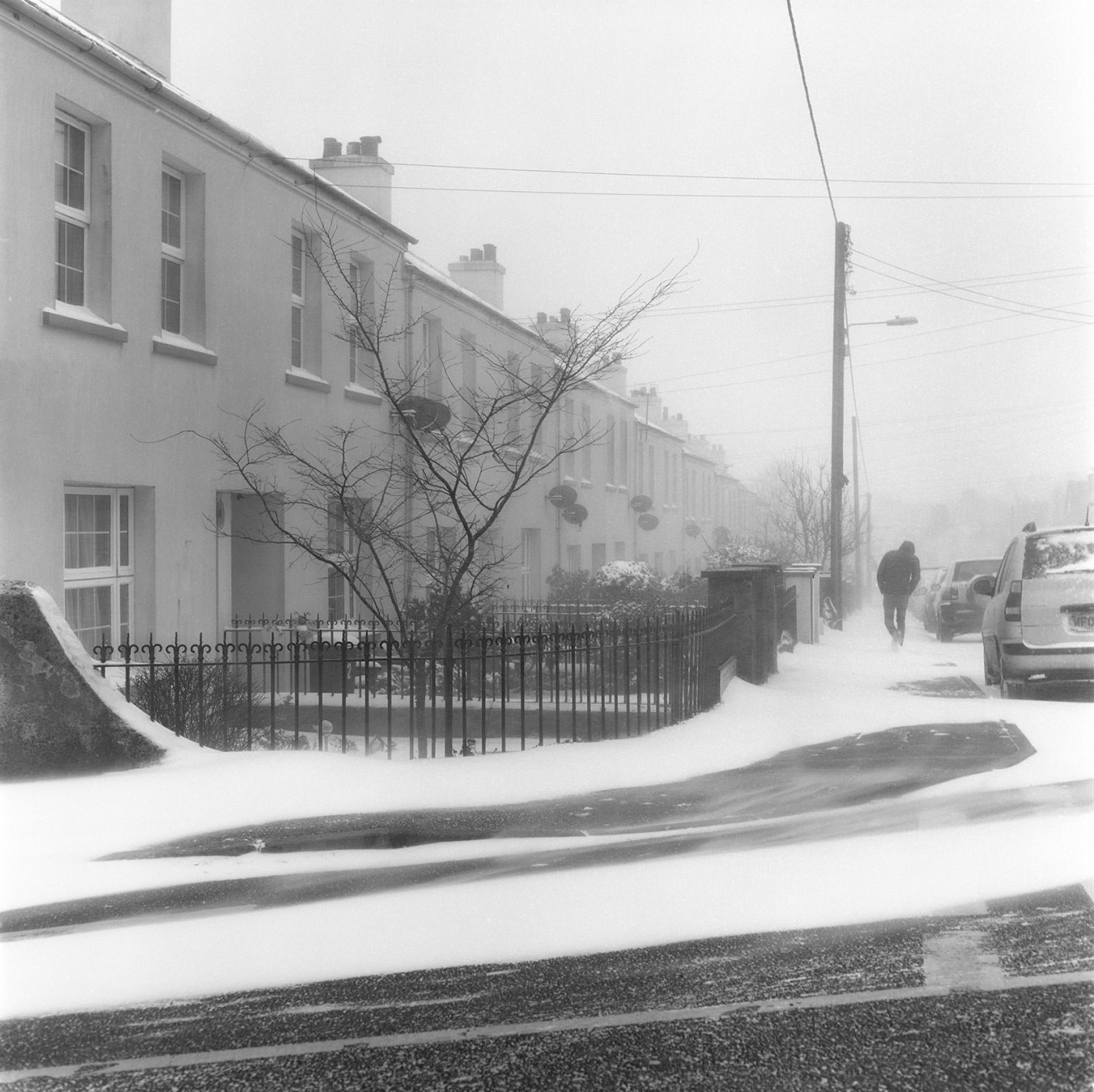 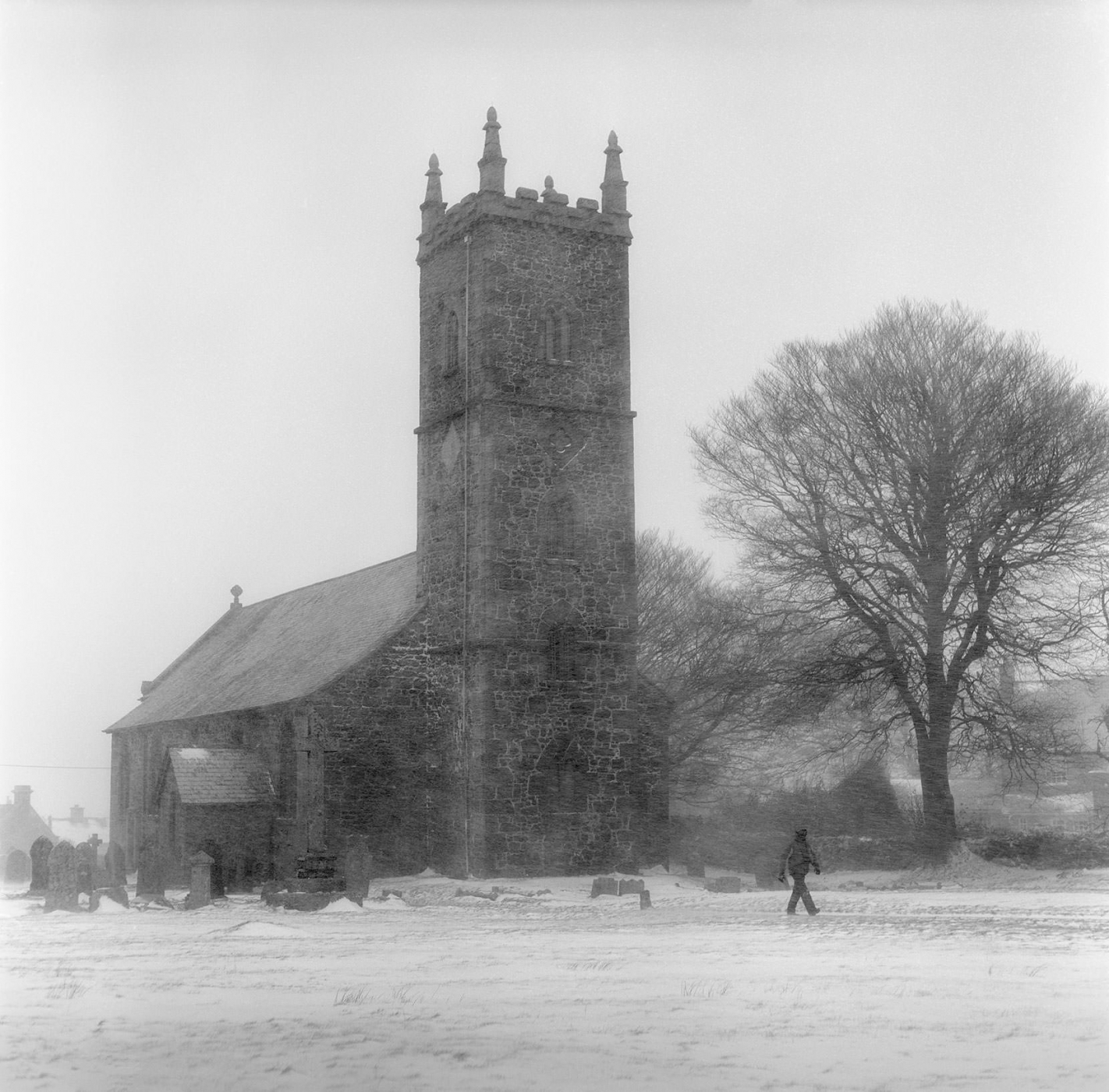 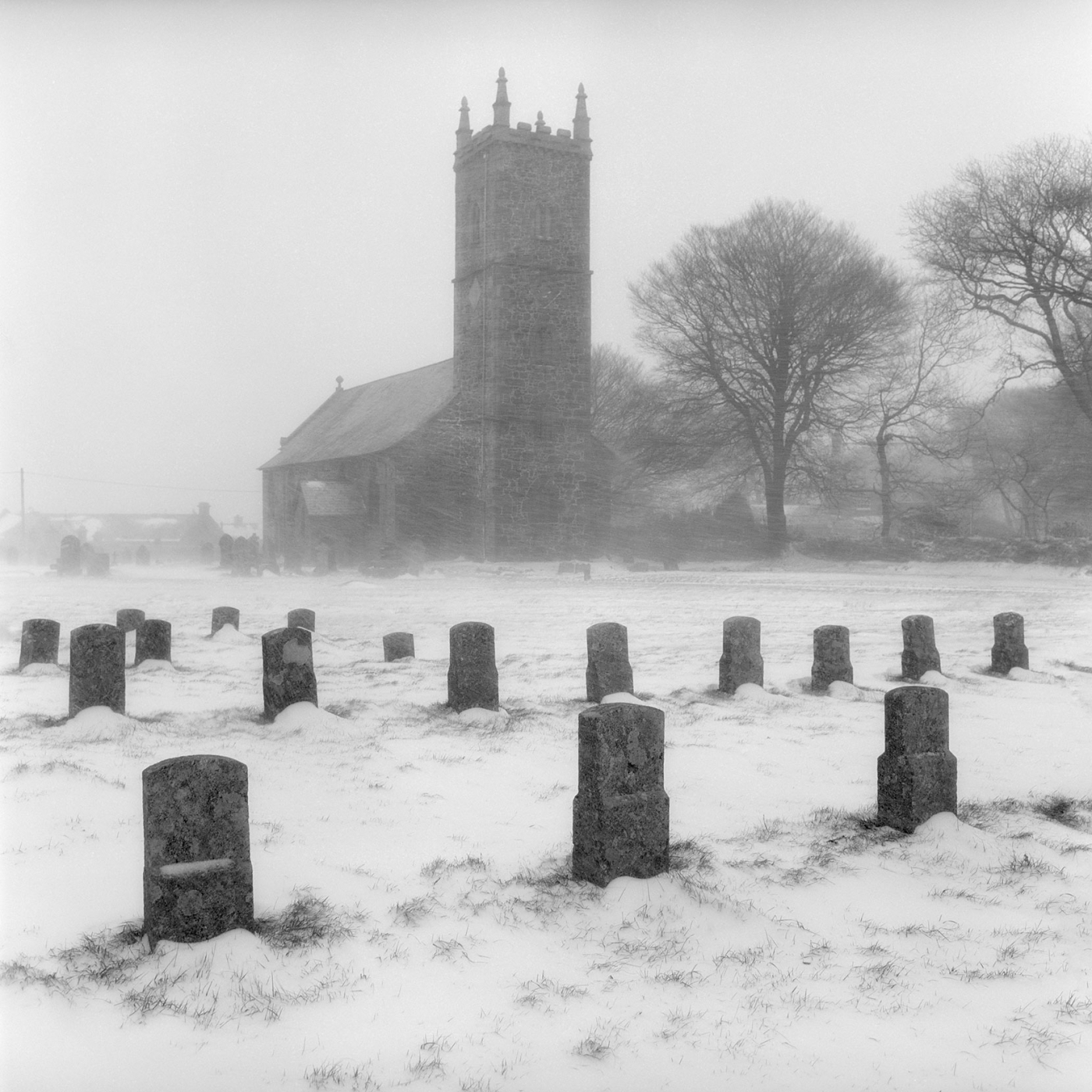 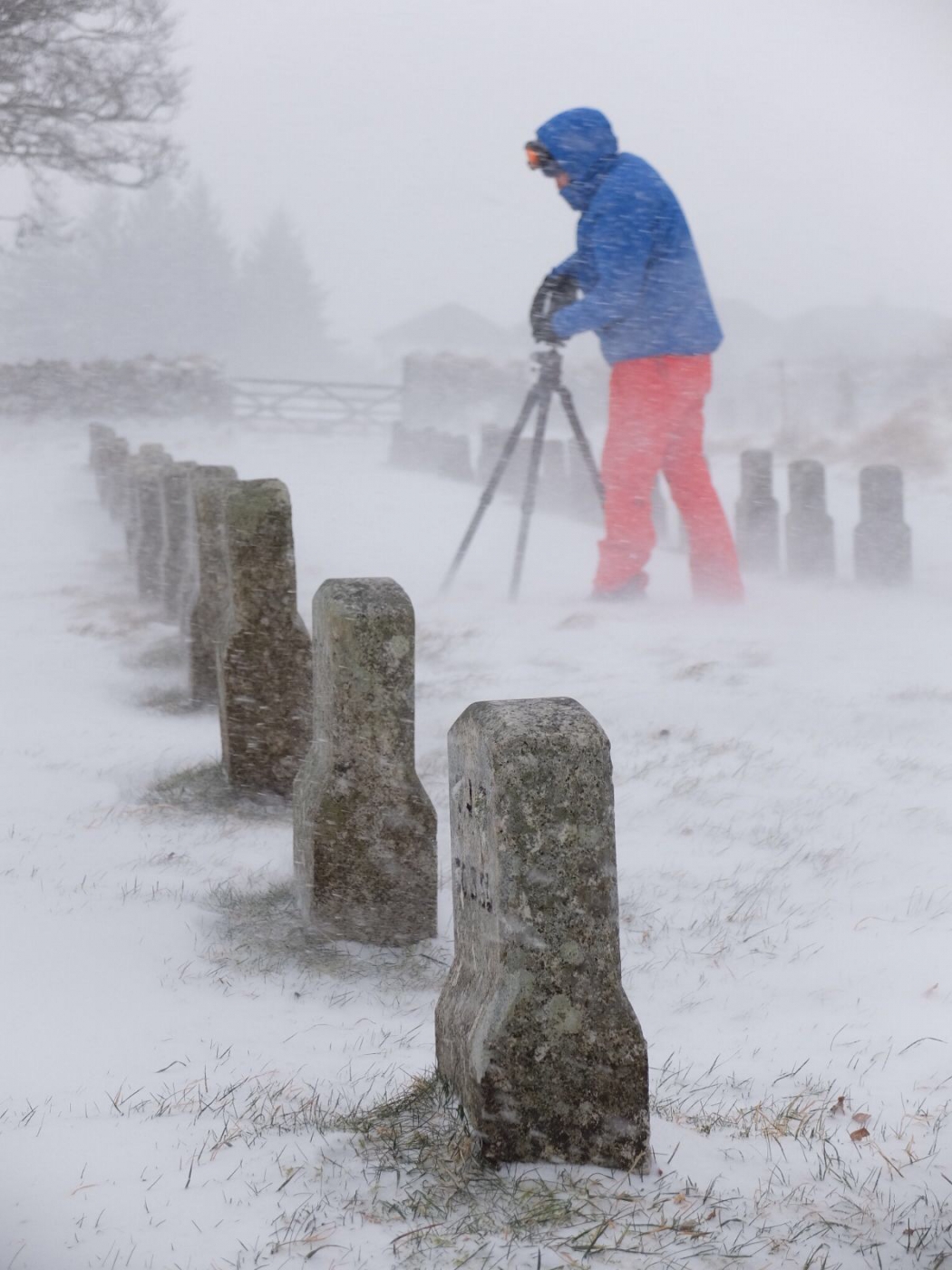