Well after a totally exhausting week bodyboarding in the Atlantic seas of West Cornwall, having a proper holiday in the sunshine, I was gestured out to do a night shoot in South Devon. This image is an easy in principle, but the process is of light painting from two difference positions makes this impossible without an exposure blend and a friend on the camera. The camera of choice was the trusty Canon 5D4, with my 24-70 f2.8L II, a lens I only use at night. Shutter speeds were 25secs, aperture f2.8, ISO 6400. It was 'proper dark' as Rob said.

So here is the first image, corrected for colour, tranformation and also an enhancement of the Milky Way using the metaphorical 'believable' slider (a combination of radial filters and image adjustments done with respect!). There is also a level of noise reduction added in there, to reduce luminosity noise (the color noise is virtually non existent on the 5D4). I was positioned over to the left of the image, Rob to the right, using a head torch to light paint the tower with subtle white light. The torch is on low power of course. 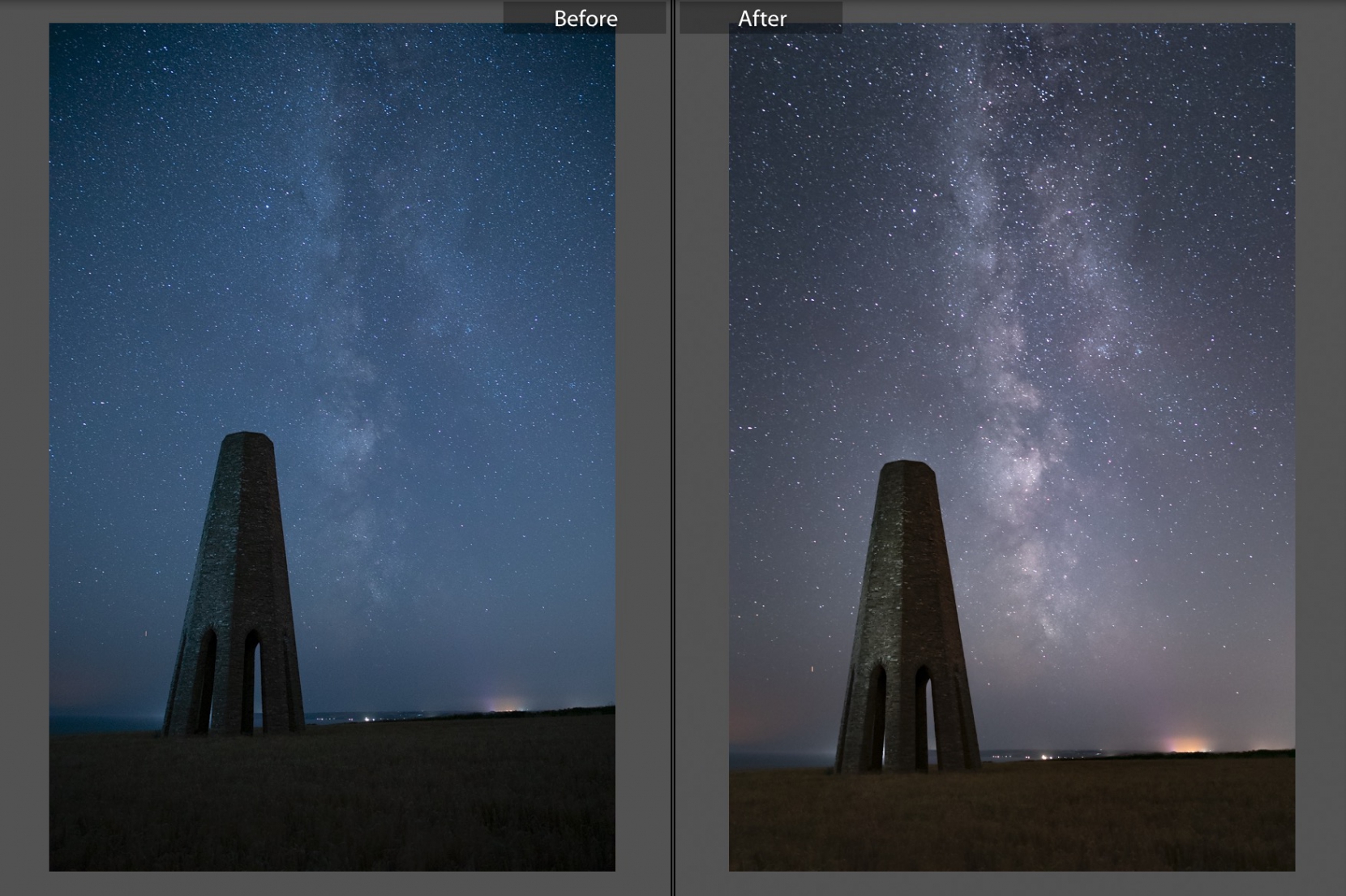 Then a second shot had to be taken. I am positioned inside the tower, using the same head torch approach, low power, lighting up the inside of the tower by rotating the beam over 25secs.

The edits from the first Lightroom retouching work are copy / pasted over to this second image, which adds the same adjustments, transform and radial filters without any other additional work required. 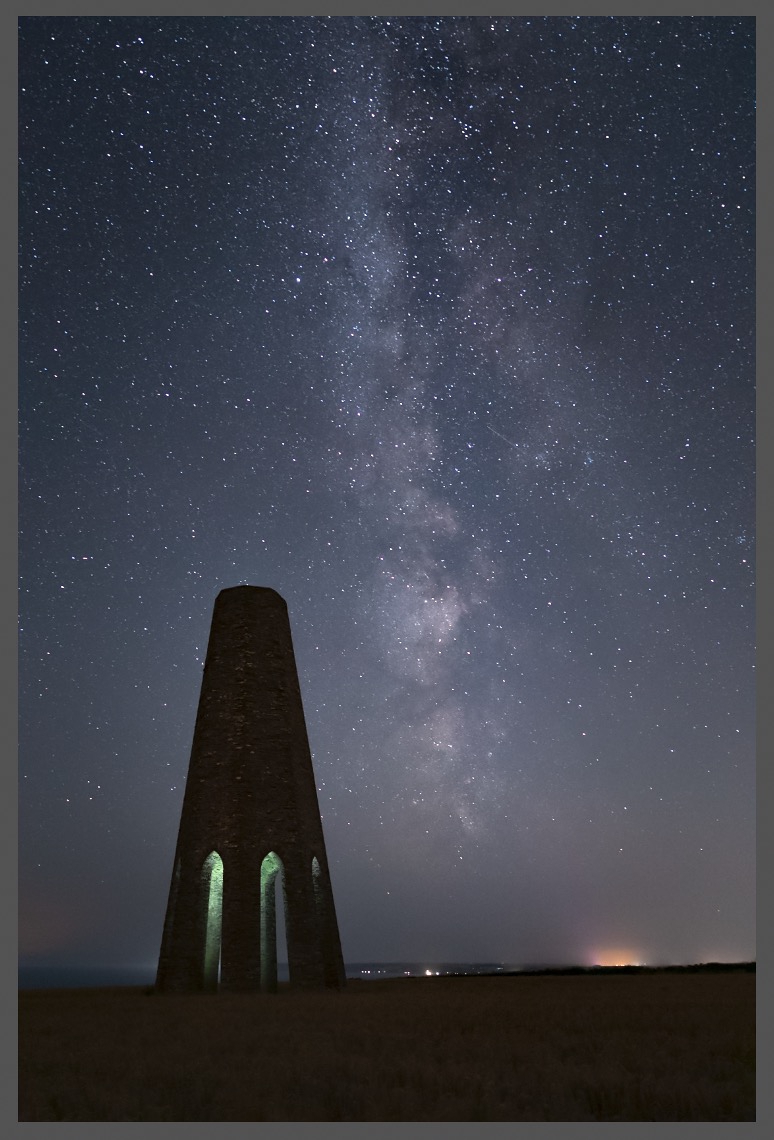 All images are pasted into each other and then finalized using a variety of blending techniques using Photoshop, luminosity selections and some subtle cloning (based off pen selections) to remove the glow of villages in the bottom right. 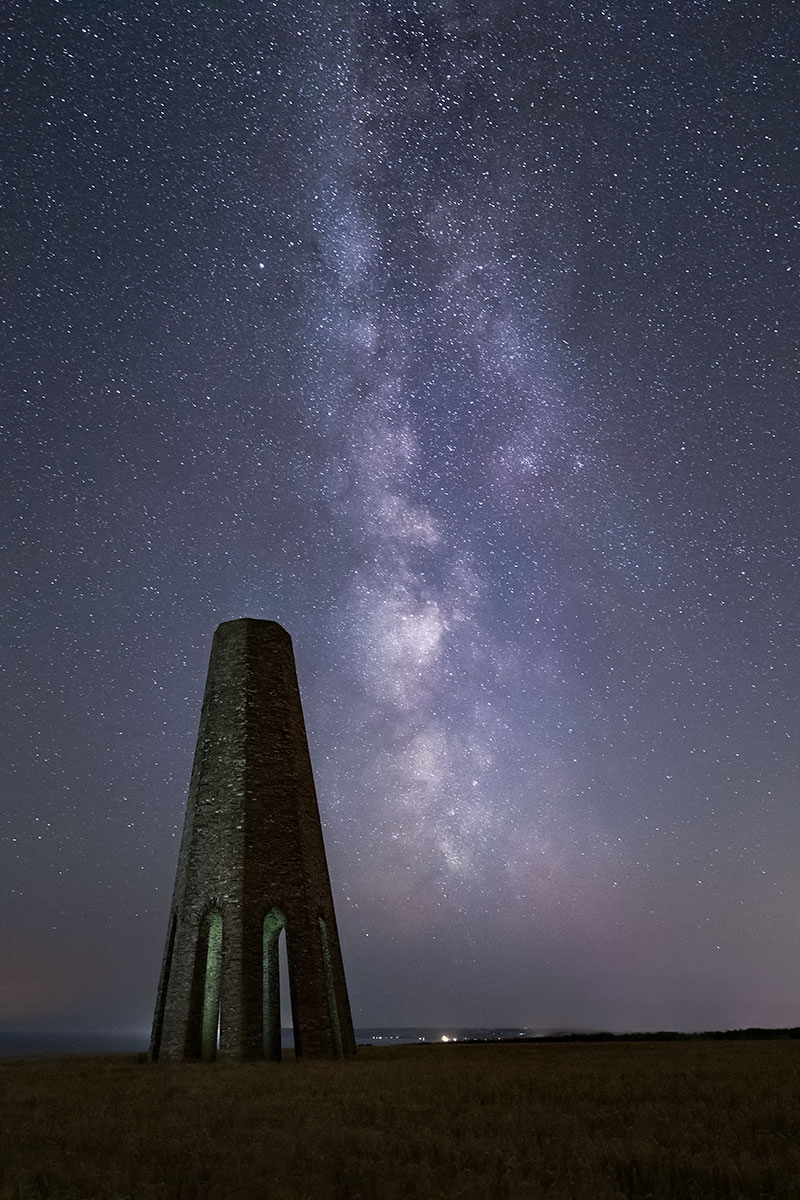 Do I like it? Not very much. Ok misery guts, why is that? The UK Milky Way always suffers from extensive humidity in comparison to astro adventures that can be had abroad and I have to say I much prefer shooting in moonlight when I am in the UK. It is this lack of clarity that forces photographers to push and push the RAW files, eventually losing the thread and going totally over the top with Photoshop, often processing the Milky Way to the point of ridiculous (so bright you could have shadows) or worse still, dropping in skies from other shoots so it 'doesnt compute'. I have even seen dropped in skies from different countries in UK landscapes - please do us a favour! You can see just how weak the galaxy appears from the initial capture in this a clear night in mid summer.

Here's what it looks like in Namibia... shot with an astronomical tracking mount. 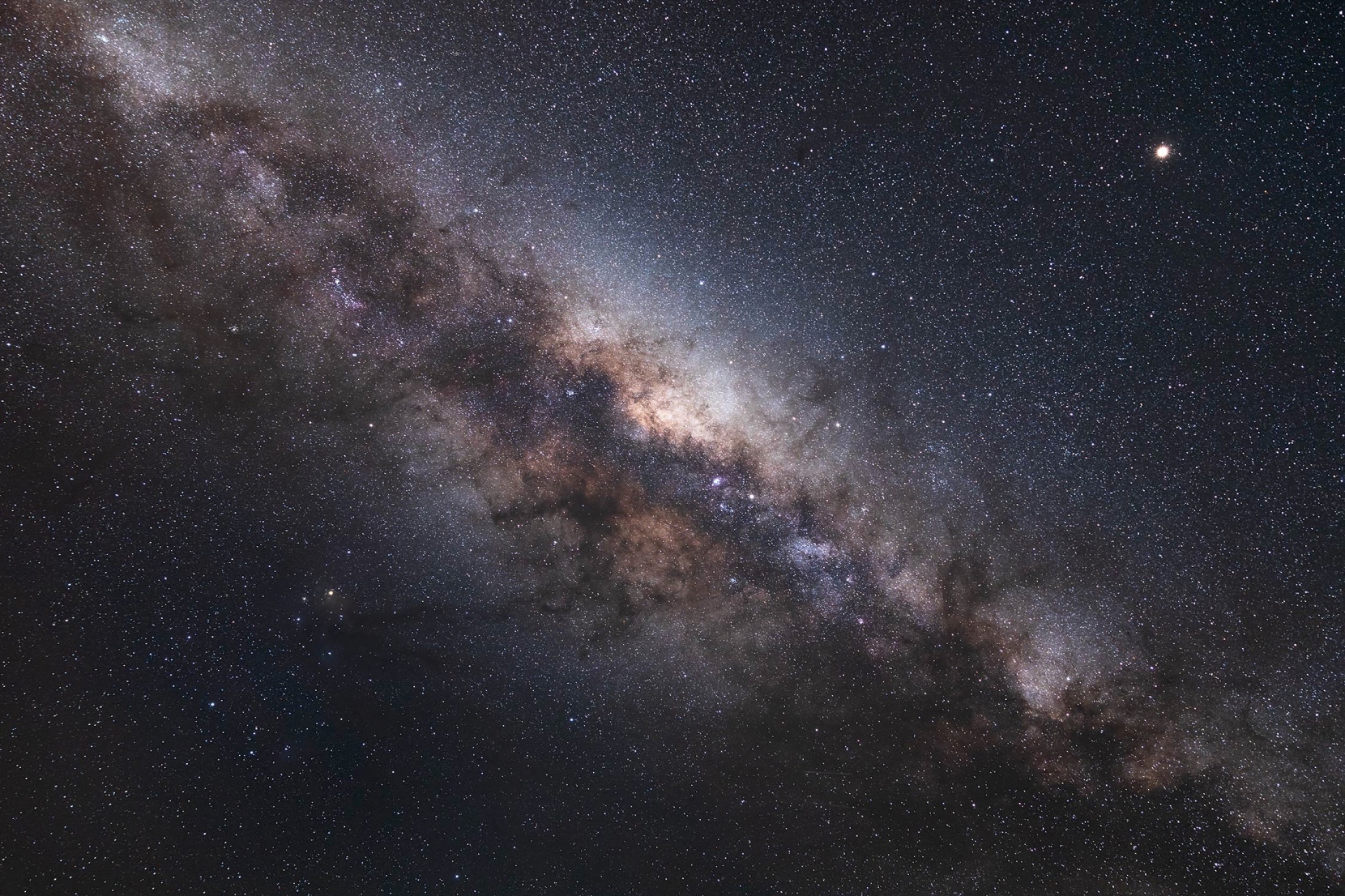 If you like to keep a handle on the truth and are interested in my Photoshop tuition, then have a look at this 'Advanced Behind the Scenes' residential Processing Workshop weekender I have just launched for April 2020.

Now to wash that wetsuit!